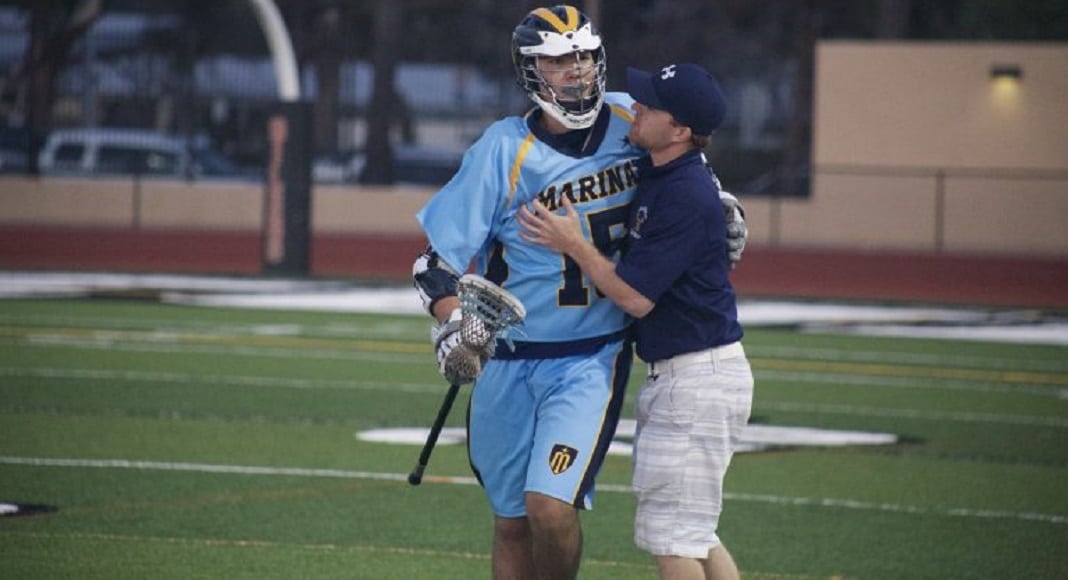 Dallas first started coaching at Marina in 2016, when the Vikings went 9-9 overall and 3-5 in league, which marked the first time the Vikings had a winning season since 2013. In addition, the Vikings’ three league wins were the most the team had won in a season.  Dallas was also named the Sunset League’s Coach of the Year.

After his football stint, one of Dallas’ friends asked him if he wanted to play lacrosse. Dallas accepted the offer, suited up fell in love with the sport. Dallas said that he loved that he could beat people up with a stick and that he learned a lot about lacrosse and how to play the right way and respect the game.

“I wasn’t very good, I didn’t have stick skills, but I was a hard-working player. I knew if I played the whistle between the lines, the play would play out to my favor,” Dallas said.

After high school, Dallas played lacrosse for Regis College in Massachusetts for two years, where he was a faceoff and midfielder his freshman year until he migrated to a full-on midfielder his sophomore year. At Regis College, he was in the Pilgrim League with teams such as Springfield, MIT, and Clark.

When Dallas isn’t coaching, he is a financial adviser at a State Farm office in Fountain Valley.