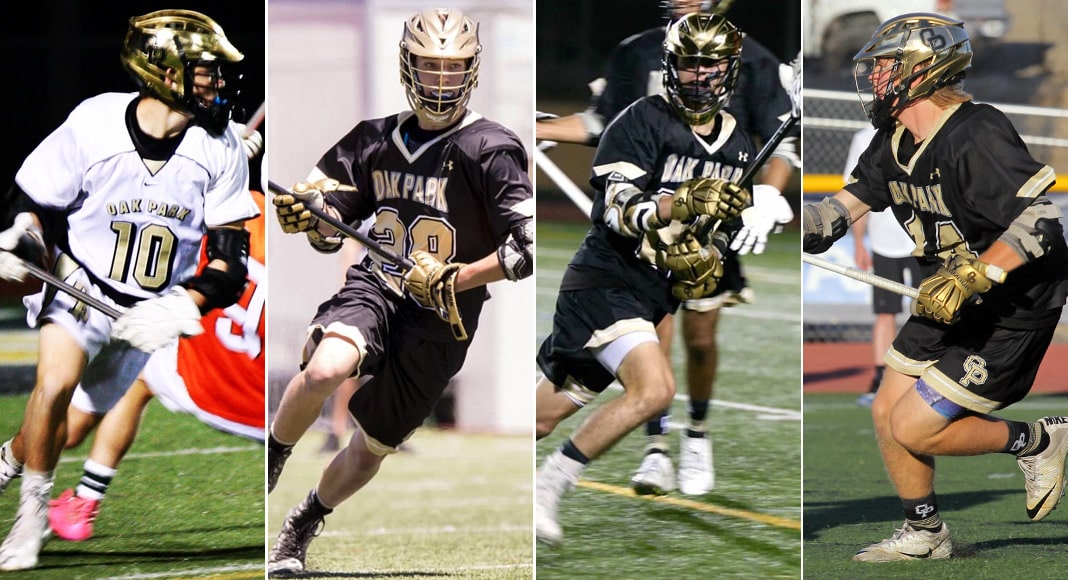 The Oak Park Eagles boys lacrosse program, ranked No. 6 in the US Lacrosse/MaxLaxLA preseason coaches poll, recently announced four senior captains who will lead them into the 2018 season.

Bryce Hardy
A four-year varsity contributor, Hardy has scored 69 career points (45g, 24a). More significantly, he has recorded 150 ground balls in three seasons, including 61 last year and 70 as a sophomore. Ergin calls him an “athletic, physical, ‘old school’ two-way middie.” Hardy also was the starting tailback on the Eagles football team.

Matt Robertson
A third-year varsity player, Robertson has appeared in every game in each of the last two seasons. Not counted on to be a scorer (1g, 3a in two seasons), Robertson does most of his work on the defensive end. Last year, he collected 32 ground balls, second on the team among short-stick midfielders.

Casey Hoops
In his third year on the Eagles’ varsity after transferring from Viewpoint, Hoops is a two-time captain. A versatile defender who plays both close defense and LSM, he even played goalie for a few games early last season to fill a team need. Ergin said this year he expects Hoops to spend some time in the midfield and on extra-man offense.