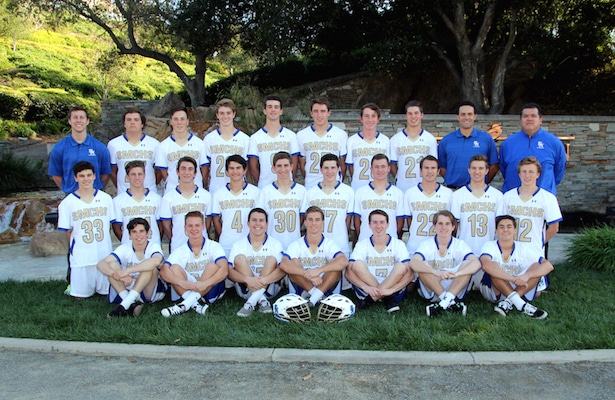 It was another great day to be an Eagle when Adam “Lax Guy” Guy recently accepted the head coaching position at Santa Margarita Catholic High School. The Former El Toro High School and Ohio Wesleyan University star spent a few minutes with MaxLaxOC.com to share a few lax memories and thoughts.

Read on and meet Adam Guy.
Q. Where did you grow up?

A. Orange County, lived in Lake Forest my whole life.

Q. Where did you play lacrosse as a kid?

A. I started playing lacrosse in 8th grade and played for the Serrano Hawks youth club (Now the OC Rebels) and that year I played on the El Toro varsity club team as an 8th grader (at that time lacrosse was so small that 8th graders could play on high school teams). I played college lacrosse at Ohio Wesleyan University which is a DIII school.

A. When I was in college I remember my last home game my senior year beating our big rival, Denison 9-7. We held their offense to just two goals in the second half and the win gave us a league championship and a berth to the NCAA playoffs. It was an unforgettable day.

A. When i was the head coach at El Toro we played an epic game against St. Margaret’s in the CIF semifinal in 2010 that went to double OT. We ended up losing but the game was truly amazing, each team gave it everything that they had. It was a heartbreaker at the time, but looking back on it, it’s something I will never forget.

Q. Do you like to give inspirational speeches to your players before the game?

A. Absolutely, but if the kids are feeling it and want to take the reigns on the speech, I like to let them have the floor.

Q. What are your three top priorities for next season?

A. Since it’s my first year I really want the players to buy into the systems that I want to put in place. More importantly though, I want the kids to come together as a team and play for each other; it’s my job as a coach to try to get them to that level. Finally, one of my priorities every year is to win our league and compete for a CIF championship.

Q. What style of play do you like to use?

A. Defense wins championships in my mind so that is my basis for everything. I like to turn defense into offense with quick transitional play.

Q. What is your favorite movie?

A. I am a movie buff of sorts so that is too hard to pick. I’m a huge Chevy Chase fan (look him up kids) so I think Caddyshack or the original National Lampoon’s Vacation are up there as my favorites.

Q. Would you say you are quiet on the sidelines or do you like the guys to hear you?

Q. What is one thing about you that most people do not know?

A. I was probably better at soccer than I was at lacrosse in high school. I almost didn’t play lacrosse in college and could have probably played soccer instead.

Q. What advice do you have for the high school player who wants to play in college?

A. Lacrosse can open doors, bad grades shut them. You could be the best player in the country, but without the grades, don’t expect to go anywhere. Also, make sure you go the college that gives you the best opportunity to succeed. Not everyone is a DI athlete, there are some great DII, DIII, and MCLA schools that may be a better fit for you. Don’t get caught up in the DI or bust hysteria and go where you can play lacrosse and get a good education.

Q. When you were a kid, did you sit in the back of the classroom or in the front?

A. More towards the front, tried to make a good impression from the start.

Q. A penguin walks through that door right now wearing a sombrero. What does he say and why is he here?

A. We have the athletes and the talent to overtake them, but the East Coast is also getting better and better. We have some great young talent in elementary schools and those kids are the key, if we can continue to give them good coaching and teach them the fundamentals, we have a chance. However the East Coast treats lacrosse like we treat football out West so to really succeed I think it would take a huge commitment from players, coaches and program administrators to get us to the level of the East Coast Elite teams.