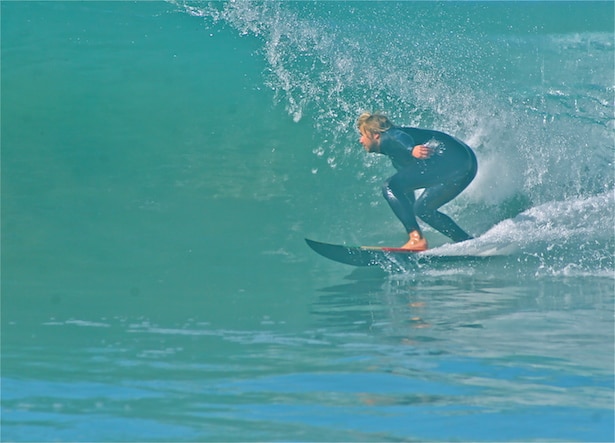 Chris Iltis, who recently accepted the head coaching position at Dana Hills High School, took some time out with MaxLaxOC.com to chat about his coaching philosophy, his plans for the Dolphins, and even a few memories.

Read on to meet the OC’s newest head coach and learn a few fun facts for your next trip to Baltimore.

Where did you grow up?
I grew up in New Jersey moved to Maryland age 11.

When did you start to play lacrosse as a kid?
I picked up a stick at age 11 when I realized that everyone played lacrosse in Maryland, literally everyone, in NJ it was baseball. I was a dual sport athlete growing up playing both baseball and lacrosse, until I got to high school where you could only play one, I picked Lacrosse.

Best lacrosse memory as a player?
Best lacrosse memory on the field, when our team won the Towson town tournament back in the day, it was my first big lax trophy and it was like 100 degrees but we worked hard as a team so it was awesome to really feel the work pay off, and celebrate as a team. Probably the best ride home with my Dad who was proud, he passed away shortly after when I was 16. It meant alot because he coached me in baseball but didn’t coach lacrosse so I felt bad that I quit baseball, but he was happy to watch me grow into a lacrosse player. Other than that, probably the time I dove across the crease in the last seconds of an important game to keep our lead. The goalie at the time didn’t see me and I kind of knocked him over too but it was all worth it to shut them down.

Best lacrosse memory as a coach?
Hmm tough one, so many great moments coaching. But I am extremely proud of a little play we drew up to let a kid who played goalie all season jump on attack and get a shot, and my son Dylan started at X, fed it to him and he shot and scored, seeing the team try so hard to give him some glory was awesome. The stands and team erupted with joy! Plus it was against MLC a powerhouse lacrosse club in Maryland, (they feed Gilman) we ended up winning the game so that didn’t hurt either.

Do you like to give inspirational speeches to your players before the game?
Yes, I just usually speak off the cuff, speak about the moment, it all depends on how much I need to fire them up! It’s all about effort if they are giving me their best effort I can’t ask for more. I never want them holding their heads down, I want them to want to win for each other to play for one another. Play with honor! Once in a while I will tap into some great quotes of other coaches, or players. I especially like Ray Lewis’ speeches, even though he was a player that was the heart of that Baltimore Ravens team.

What are your three top priorities for the 2014 season?

1. Build a well-rounded team, who enjoys every practice every game every second they are on the field, realizing we are part of something bigger than ourselves!

2. Working on stick work is a big priority for me.

3. Make sure our goalies get the attention they deserve.

I will also hammer home if you are being double teamed there is a guy open! I’m going to try lots of new things, but also really work on the fundamentals. Teach them to lead each other, and take pride in this lacrosse program. Let them know I’m here to stay and look at the bigger picture.

What style of play do you like to use?
It depends on how this team develops and gels. I like Run and Gun sometimes, but I think so far from what I see in Cali if we can play a more settled game we can probably be pretty effective. I don’t want to cough the ball up after the D works so hard to get it up to the O, so settled is more of my answer. We will play to our strengths if that means changing the style of play I want to use, then I will do what’s best for the team.

What is your favorite movie?
Tough one, right now. “The Pursuit of Happiness”, after that “Point Break!”

Would you say you are quiet on the sidelines or do you like the guys to hear you?
I am both, I’m usually delegating a bit on the sidelines but when I see the opportunity to get loud I do. Most of the time they can’t hear you they are in a battle, and especially hear the parents, fans. Really I rarely remember hearing my coaches on the field… once I came off I heard a freaking bullhorn.

What do you like to do when you are not coaching lacrosse?
Surf, spend time with my wife and two boys on the beach. I’m a big beach, ocean person. Love it!

What is one thing about you that most people do not know?
Most people don’t know about me? Or just don’t know? Hmm about me, that I was in a band. I ride a motorcycle, and I own a surf school, also am a surf photographer.

Hmmm, that Maryland has waves Maryland is not at all the same state as Massachusetts.

A few facts about Baltimore. It’s where the first shots of the Civil War were fired, used to be a pirate/privateer hangout, Edgar Allen Poe was last seen at the oldest pub in the country The Horse you Came in On in Fells Point.
George Washington’s false teeth are in fact at the Enoch Pratt library and they were made of Ivory not wood.

What advice do you have for the young player looking forward to playing in high school?
Play wall ball and always be throwing around. You will have an easier time with tryouts if you have some basic stick skills already. Also play more than just lacrosse. I think we are going in the wrong direction with only playing one sport year round for our youth! Lacrosse has a place for every type of athlete on the field, soccer, hockey, football, I’ve seen some good tennis players who aren’t afraid to get physical make great attackmen, their quick stick is insane because of that reaction speed.

What advice do you have for the high school player who wants to play in college?
Be a team leader you will rise to the top if you work hard, play hard and give 100% every practice every game, coaches and scouts notice other things besides how great your side arm shot is, we are looking for someone coachable with the athletic talent as well as lacrosse IQ. Smile have fun and be polite, you will get noticed much more if you have a good attitude. Also if you want to play in college, it doesn’t hurt to play club ball for big tournaments. That being said I realize that this should be a great time, and everyone who has the talent should get a look. There is nothing wrong with a walk on player. You may surprise some coaches where ever you go! Keep your chin up always!