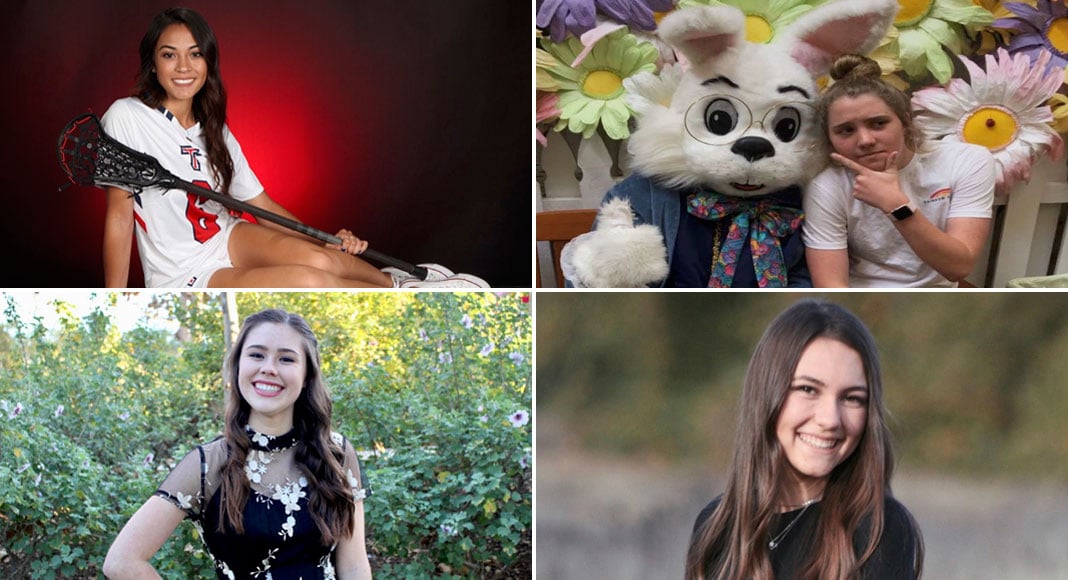 A quintet of senior captains, each with four years of varsity experience, will lead the Tesoro girls’ lacrosse team in 2018.

Brynne Peak (upper left above) is going on her tenth year of playing lacrosse and fourth year on varsity. She received Offensive Player of the Year and First Team All-League in 2016. She has been a powerful offensive player and will be a great team leader alongside the other 4 captains.

Alexa Catanzariti (upper right above) will be starting this season as a four-year varsity player at Tesoro High School. She is excited to help lead the varsity team to a successful season alongside the other captains.

Leah Olsen (lower left above) is in her seventh year of playing lacrosse and has been Tesoro’s starting varsity goalie since her freshman year. She received the South Coast League Goalie of the Year Award and the Tesoro Defensive Player of the Year in 2016 and was selected to the South Coast All-League 2nd Team in 2017. Leah currently has not committed to a university yet but plans to attend a four-year university after graduation. She is looking forward to her final year of high school lacrosse with her fellow captains and teammates!

Abbey Schaff (lower right above) has played varsity lacrosse for four years as a defender. She made 2nd Team All-League in both 2016 & 2017 and was defensive player of the year last season. She will be a leader and a great asset to the defensive side of the team with focusing on encouraging her teammates to play together as one.

Hannah Maurer is going on her eleventh year of lacrosse and her fourth on varsity. She received the coaches award both her freshman and junior year. Maurer earned second-team all-league honors as a sophomore and honorable mention last year. This season she will be playing midfield and serving as a captain. Hannah plans to play Division III lacrosse after high school.