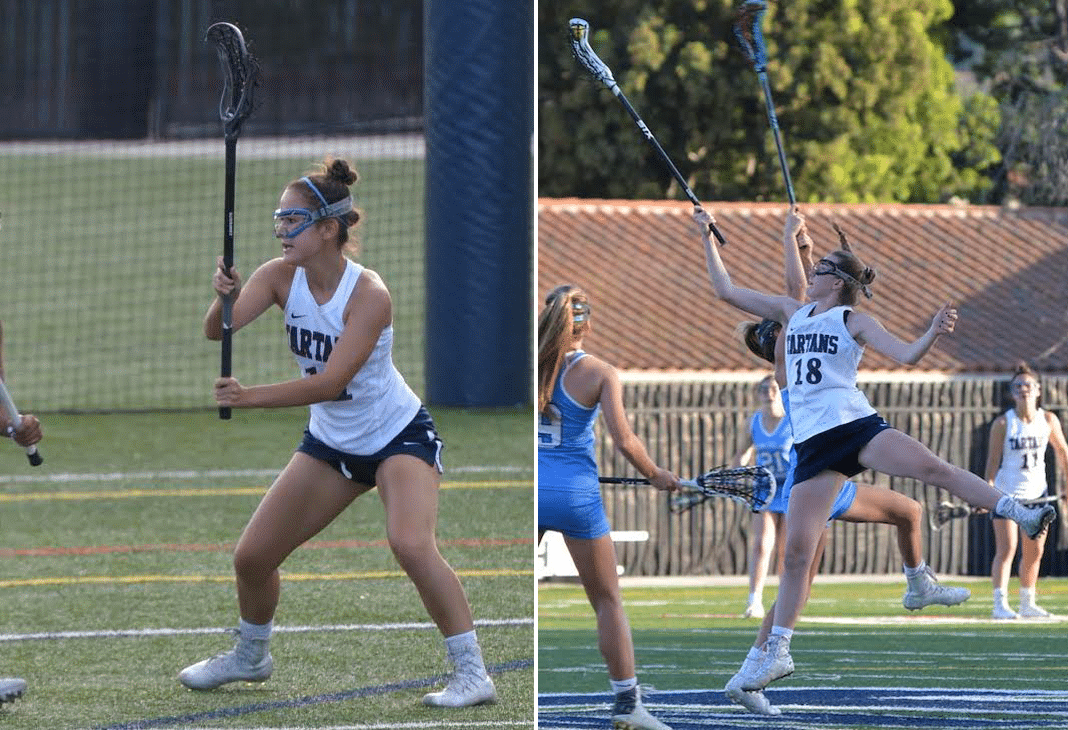 St.Margaret’s girls’ lacrosse coach Holly Reilly announced that Emily Suh and Cailin Young will be captains of the 2018 Tartans. Both players are four-year starters.

“Suh and Young were elected by their teammates not only for their performances on field, but their ability to hold their teammates accountable, their strong work ethic, and their desire to earn a Southern Section Championship,” Reilly said in an email.

Suh, a defender, has face-guarded some of the best players in Orange County and is a vocal captain on defense.

As a midfielder, Young hauled in over 100 draw controls in her junior year alone collecting All-American honors and hustling for ground balls in the midfield.

“Suh and Young have witnessed and led the development of the Tartan program into a strong and fierce competitor,” Reilly said.