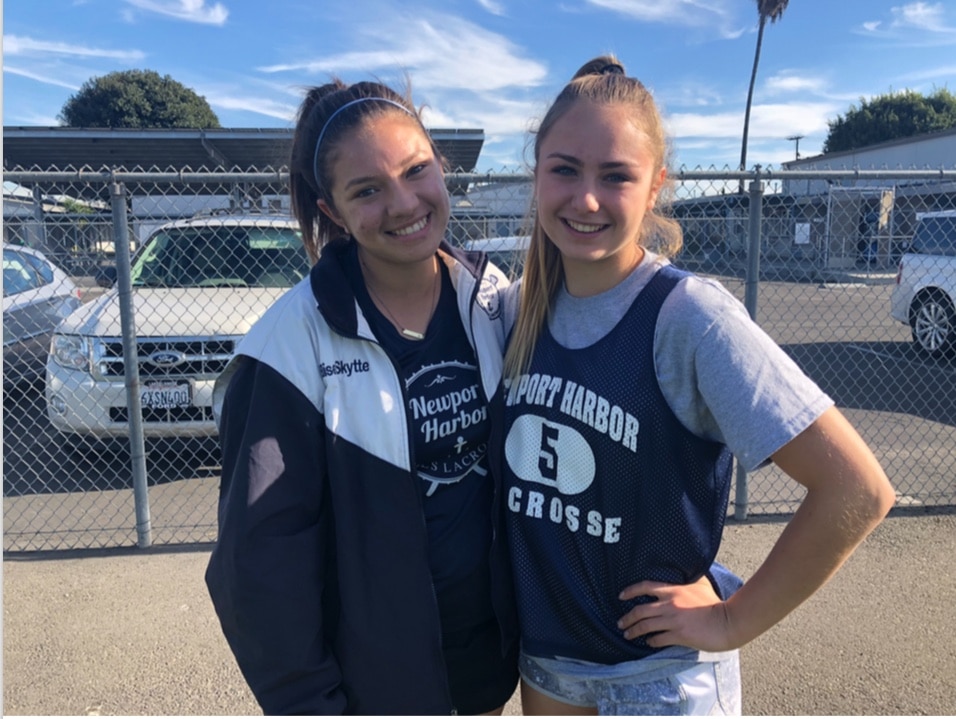 The Newport Harbor girls lacrosse team, which went to the semifinals last season, will look to make a third trip in a row behind the leadership of captains Adena Rothbard and Elise Skytte.

“Elise and Adena earned the title of co-captains this year because not only do the coaching staff, but their teammate as well see them as leaders on and off the field. Elise and Adena help create a supportive and positive environment for their teammates. We are honored to have Elise and Adena as our 2018 captains,” Newport Harbor coach Brooke Martini said via email.

Rothbard, a senior, is a four-year varsity player, who is committed to play Division 1 Women’s lacrosse at the University of New Hampshire after graduation. According to Martini, Rothbard earned all-league second team as a freshman, the team’s best attacker and all-league first team in her sophomore campaign, the leadership award her junior year and has received all-academic all four years.

Skytte, a junior, will enter her second year on varsity. During her freshman year, she was named most valuable player on the JV team. In addition, Skytte received all-academic both years, according to Martini.

Brooke Martini contributed to this article.