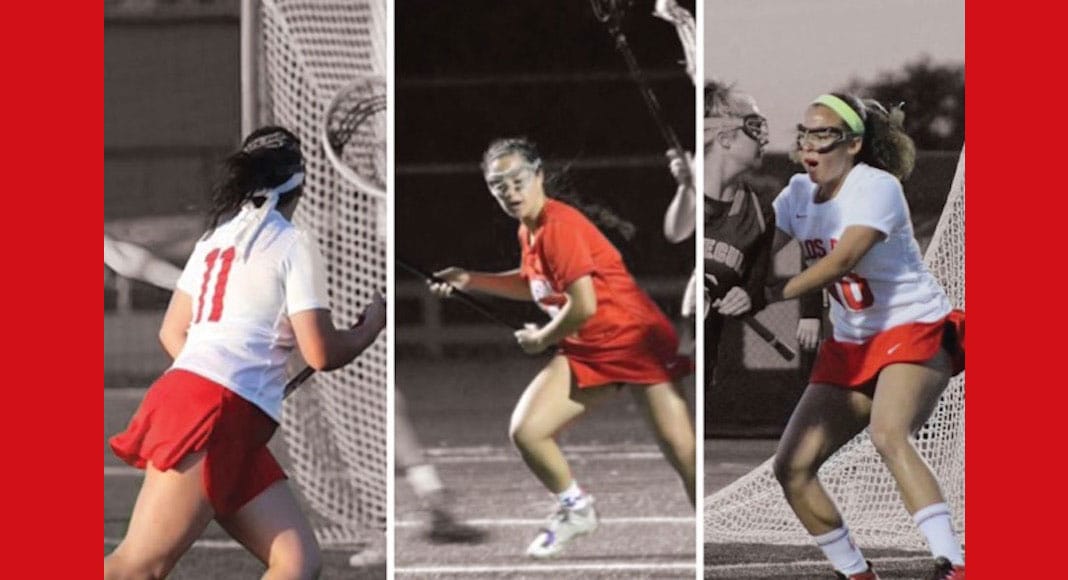 The Los Alamitos girls lacrosse team is hoping for a deep run in the post-season this year behind senior captains Morgan Kalish, Emily Butao and Kaelyn Bridgette. Here is a look at the Griffins’ team leaders:

Morgan Kalish is entering her third varsity season. In 2016 she was awarded Most Valuable Player and in 2017 she received the Unsung Hero award. She also has earned Academic Achievement awards all three years. After high school, Kalish plans to study advertising at the University of Oregon and go into a career of advertising films and television shows.

“Mo is a natural born leader and was a huge asset for us last year. She is consistent on the field and has an exciting aura that keeps the girls hyped,” Los Alamitos coach Sophia Aragon said via email.

Emily Butao also will be playing her third season of varsity lacrosse this year. During her time on the team, she has received academic achievement awards and the most-improved award. After high school, she will continue her education at a four-year university majoring in communications. She continues her passion for lacrosse as she helps coach the U-13 Beach Lacrosse team in preparing the girls for the high school level.

“I have really seen Butao grow during my time as her coach and admire her perseverance to continue improving while staying levelheaded. This was the main factor in her being one of our captains this year,” Aragon said.

Kaelyn Bridgette will be playing in her fourth year of varsity lacrosse this season as a returning captain. She has earned Sunset League All-Academic Team the past four years. After high school, Bridgette plans on continuing her academic and lacrosse career at Whittier College. She will be majoring in biology as a pre-med student and plans on attending medical school.

“Kaelyn has been our steady leader these past two years. She knows how to keep calm during high stressed situations, making her a great asset to have on the field for us coaches and her teammates,” Aragon said.