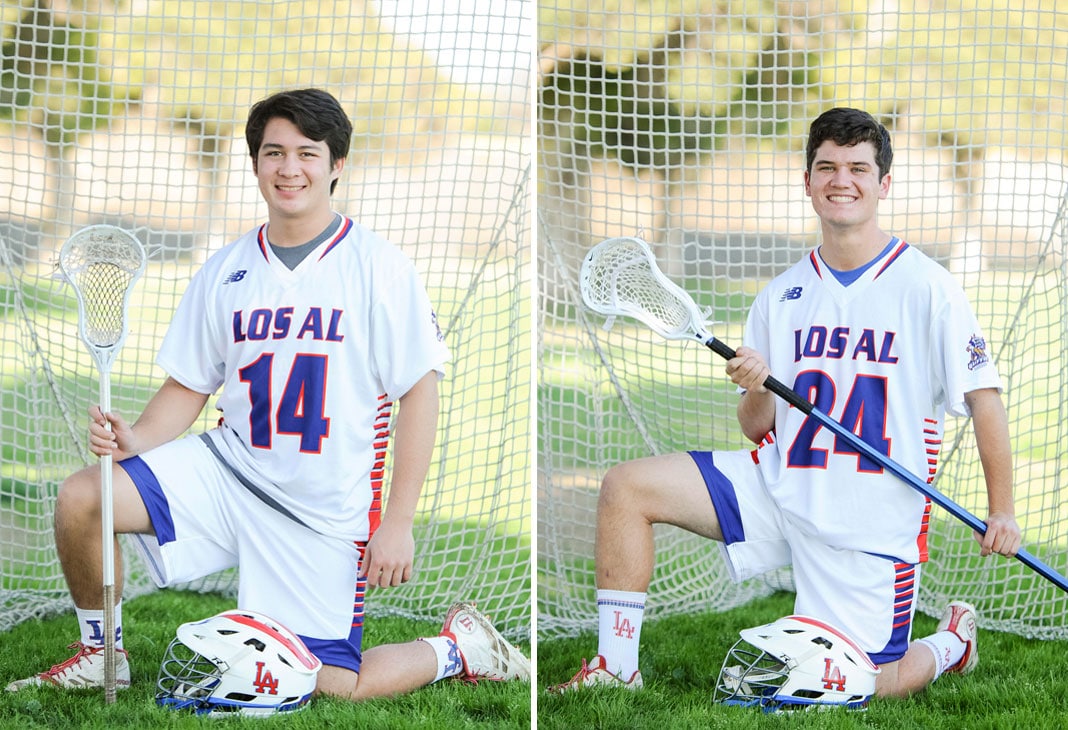 “Our team has much respect for Julian and Sean, we are confident in their abilities to lead us this season,” Fox said in an email.

Kenneally has been a varsity long stick middie for the last three years, and a captain for the last two. He was named to the Sunset All-Academic and All-League 2nd Team as a junior and a Los Alamitos Scholar-Athlete every year in his lacrosse career. His hard work on and off the field allowed him to gain the Coaches Award last season; while leading the team in ground balls.  He is looking forward to the opportunity to continue to play lacrosse in college while he studies Journalism and Communications. “Kennel” is currently considering schools on both coasts.

“Sean is the definition of leading by example. There are very few guys out there with his next level type of work ethic and passion,” Assistant Coach Corey Schrimpl said in an email.

Loe has been playing lacrosse for 4 years, the last 2 years as a varsity midfielder. Loe plans to attend and play lacrosse at Cal State Long Beach next year

“Julian strives for improvement every single time he steps on the field. He is driven, compassionate, and poised to lead this team,” Schrimpl said.