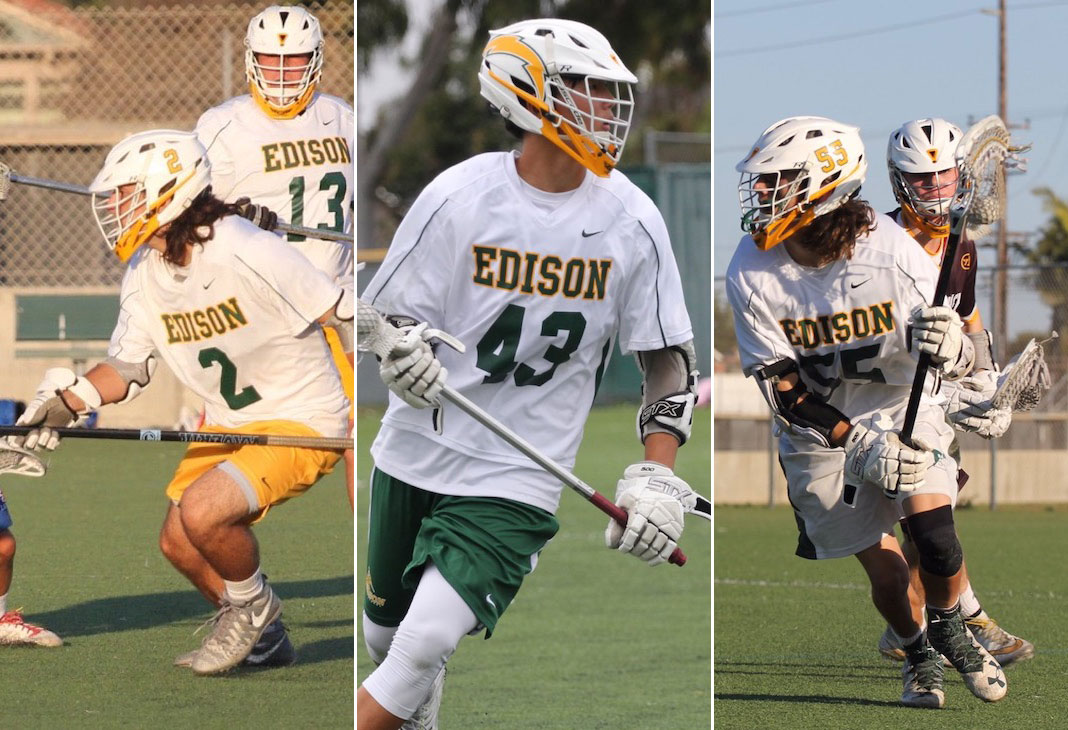 McLean is a senior and is in his third year starting on varsity. He is undecided on which college he wants to attend, but plans on studying engineering. According to coach Dieter Nemes in an email, McLean is excited to be captain and lead the team on and off the field. Nemes also said the McLean pushes the young team to compete every week and make a run in the Sunset League.

Choi, a junior, enters his third year on varsity. Just like McLean, he hopes to be a leader on and off the field. According to Nemes, Choi has been a strong offensive player during his time at Edison.

Hurdle will be playing his third year on varsity for Edison Lacrosse. He has been playing lacrosse since 6th grade with Choi. As a junior captain, Isaac hopes to help push the team to their full potential both on and off the field. During his time at Edison, Isaac has been a strong defensive player.