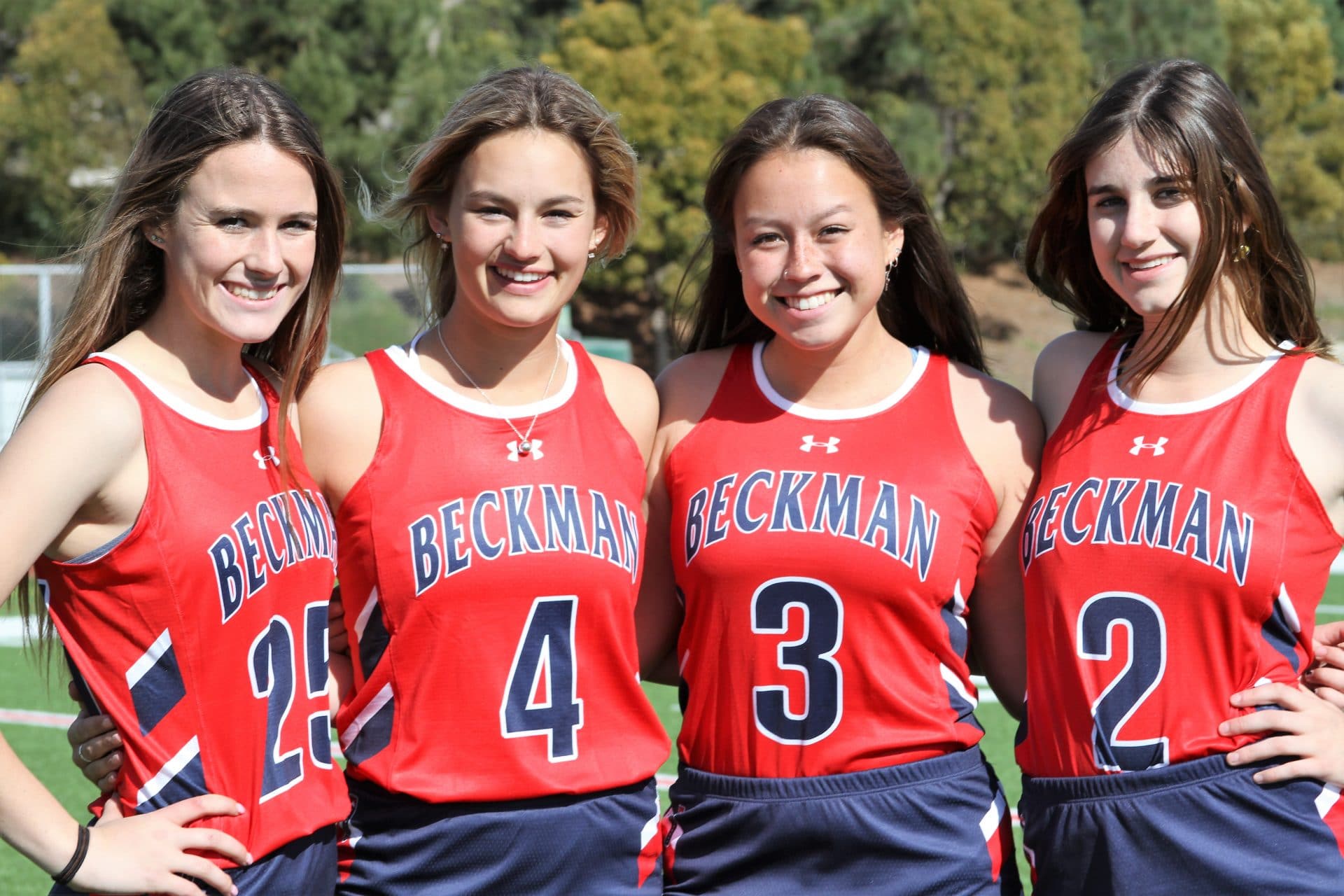 Beckman girls’ lacrosse head coach Tim Duchene announced that junior Carly Tobias, and seniors Taylor Stern, Layne Takahash, and Molly Allen were named captains of the 2018 Patriots.
“All four of our captains are gifted lacrosse players and scholar-athletes,” Duchene said by email. “They have unique skill sets and personalities that complement each other and bring out the best in themselves and their teammates.”
Tobias (left above), a junior midfielder, is a three-year varsity player. She played for the OC National Tournament Teams as a freshman and sophomore.  She was first-team Pacific Coast All-League in 2016 and 2017 and is committed to play at D2 Lindenwood University in St. Louis. “Carly is tireless and works diligently to continually improve,” Duchene said.
Stern, a returning captain, is a senior midfielder and a four-year varsity player. She scored 100 points last year while earning first-team All PCL honors for the second consecutive year. She was a member of the 2016 Orange County National Team.  Stern is committed to play at San Diego State University next year.  “Taylor is a competent and confident player with natural ability and a drive to excel,” Duchene said.
Takahash is a senior attacker and three-year varsity player as well as a scholar-athlete throughout high school. “We have the utmost confidence in Layne, with her keen offensive insight,  and are truly excited to see her thrive in her new role as co-captain!” said Duchene.
Allen, a senior defender, is a second-year captain and three-year varsity player.  She was first-team All PCL and first-team All-County in 2017. “We rely heavily on her defensive presence and continue to expect great things from her this season!” said Duchene.