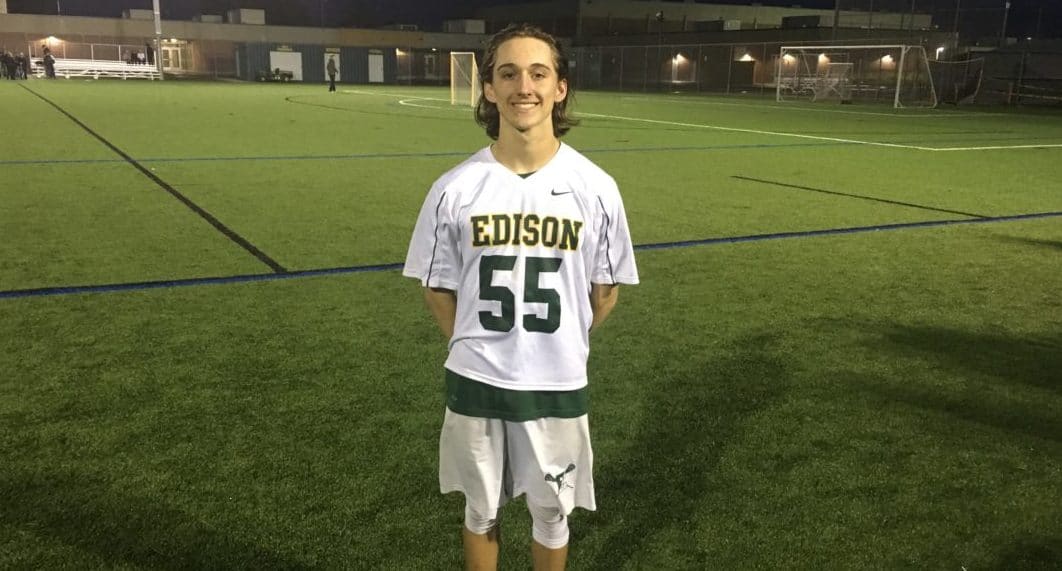 Huntington Beach – Rain was not going to stop Edison’s boys’ lacrosse team from getting its first league win, as the Chargers beat Marina 17-5 on Thursday at Edison High School.

AJ McLean led the Chargers with five goals and three assists while Dominic Rehak had three goals and two assists. Sean Weiss, Tyler Timmons and Paul Hallstrom scored two goals apiece while Evan Welman and Stephen Fried each had one goal for the Chargers, which got five saves from Hunter Whalen.

Marina was led by Tyler Cox, who had two goals and two assists. Scott Lux, Luc Toppen and Dillion Blake also tallied for Marina, which got eight saves from Lucas Bowen.

After a slow start in which Edison gave up the first goal at the 8:09 mark of the first quarter, the Chargers took control and built an 8-2 halftime lead.

“We settled down. We knew if we just executed we’d be OK, and that’s what it took,” Edison co-coach Dieter Nemes said.

Edison played without Drake Choi, who had back spasms and should return next week, according to co-coach Mike Mueller. Mueller was impressed on how his team performed without Choi, having a “next man up mentality.”

“We have a young crew that stepped up tonight, they did an awesome job. The first half was solid, but the second half, we came out hot. We came out really strong,” Mueller said.

While Edison is getting back on the right track in terms of wins, Marina is still in search of its first win. Despite the struggles, the Vikings have played teams tough, losing to their first four opponents by no more than three goals. Thursday’s game marked the widest margin of defeat for Marina.

“What’s been our downfall this entire year is clears. I think we had about 20 opportunities on clears, we turned over the ball 13 out of the 20 times. We just got to literally take it more serious in practice. Some of our guys are kind of going through the motions,” Marina coach Nick Dallas said.