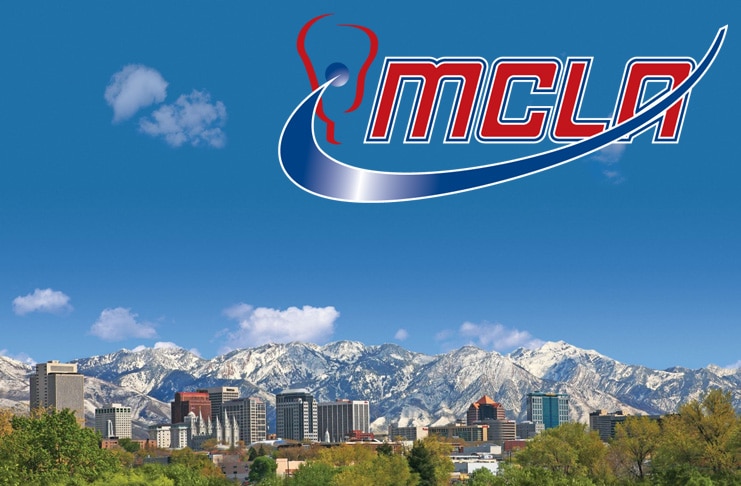 ATLANTA — The Men’s Collegiate Lacrosse Association — the preeminent non-varsity collegiate league in the country — is pleased to announce the MCLA National Championships powered by Under Armour will be hosted by Salt Lake City, Utah, for the 2018 and ’19 seasons.

The championships will be held at the Salt Lake City Regional Athletic Complex, a state-of-the-art facility featuring 16 irrigated fields, six lighted venues, and a main stadium for the semifinals and finals.

“The MCLA championships have been held at great venues, and moving to Salt Lake City continues that trend,” said MCLA president Ken Lovic. “We received numerous quality bids from across the country, but Salt Lake City was the clear choice at this time. We’re thankful for the time and effort put in by the Visit Salt Lake organization and the Utah Sports Commission to create such a great opportunity.”

Thirty-two teams from two divisions and 10 conferences from across the country will compete at the Regional Athletic Complex (RAC), located just seven miles from the Salt Lake International Airport — rated No. 1 in the country for on-time arrivals and departures by the Department of Transportation — and seven miles from more than 7,000 lodging rooms near downtown Salt Lake City.

“We are very excited to have been selected as the host site for the 2018 MCLA National Championships,” said RAC program director Lisa Schmidt. “Our staff at the Regional Athletic Complex is committed to making this a first-class experience for teams, fans, and the sport of lacrosse. We are eager to continue to put Salt Lake City on the map as a world-class field sport destination. It was truly a team effort to bring this event to Utah, and I could not be more proud of our partners Visit Salt Lake and the Utah Sports Commission. Together, we look forward to working with the MCLA to host an unforgettable event and showcase all that Salt Lake City has to offer as a host city.”

“The Regional Athletic Complex is a valuable addition to Utah’s portfolio of world-class venues,” added Jeff Robbins, president and CEO of the Utah Sports Commission. “Such a venue significantly increases our ability to attract and host events like the Men’s Collegiate Lacrosse Association’s National Championships and will provide the participants with an enjoyable competition experience.”

The seasonal temperature for the Salt Lake area in early May is a high of 71 degrees and a low of 51, with a mostly sunny and dry climate.

“We’re thrilled to host yet another high-caliber event in Salt Lake, and I’m confident the MCLA competitors and those that travel with them will have an exceptional time while in Utah’s capital city,” added Clay Partain of Visit Salt Lake. “From the exceptional new Salt Lake City Regional Athletic Complex to the myriad of other activities in and around the city — from restaurants to cultural arts to the outdoor recreation-rich Wasatch Mountains cradling the valley — there will be something for everyone attending the National Championships.”

The format of the tournament will remain consistent with recent MCLA championships, with the first two rounds occurring on Monday and Tuesday, the semifinals on Thursday and the finals on Saturday.

The two-year commitment to hold the MCLA National Championships in Salt Lake City follows a four-year stint in Orange County, Calif. Prior to that, the event was held in Greenville, S.C., Denver, Dallas, Blaine, Minn., and St. Louis.