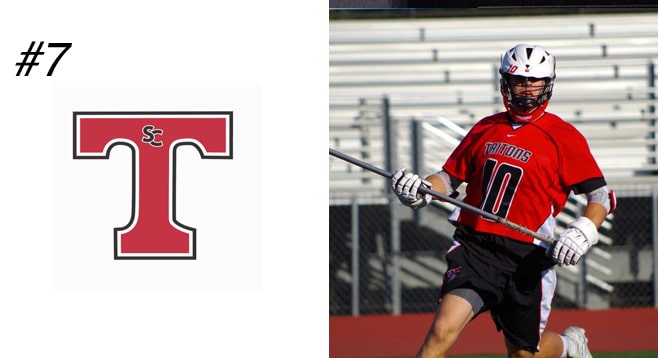 Number 7: San Clemente returns this year with some of the most talented players in the county. Coach Mike Hutnick’s sophomore year will be successful if he can guide the team through a difficult schedule and notch important wins against Top 10 teams.

Coach Mike Hutnick enters his second season at the helm of the Tritons with a team loaded with veteran senior leadership. While most programs would be thrilled with a 13-6 record, the Tritons were disappointed not to make a deep playoff run a year ago, and senior captains Stone Sims, Austin Streeter, Peyton Garrett and Collin Zines hope to key a more memorable run this year.

The Tritons have loaded up their schedule this year, including a Spring Break trip to Denver to face Colorado powerhouses Cherry Creek and Arapahoe. Also on the schedule are LA powers Palos Verdes, Agoura and Rancho Bernardo (San Diego) as well as OC powers Foothill and Corona del Mar. The league battle will again come down to Tesoro, which has swept each of the past two years in nail biters.

(This story was updated after Sims’ commitment to Albany)