MaxLaxOC Boys’ Player of the Week 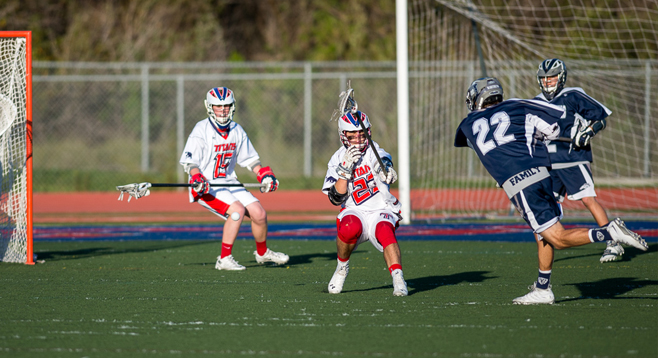 Trabuco Hills Junior Jake Marthens is this week’s player of the week!

Jake Marthen‘s 17 points last week has earned him the honor of Player of the week. Last week Jake totaled 14 goals and three assists all against league opponents Tesoro, El Toro, and Mission Viejo.

Marthens is a quick dodger who uses his power to work defenses to his advantage. He is also an outside threat with a great outside rip. His athleticism makes him a focal point of opposing coaches’ game plans as they make special defensive adjustments in attempts to contain. As last week’s results show planning to contain Marthens and actually doing it are two different things. Few teams have succeeded in slowing his pace.

Coach Johnny Rodriguez had this to say about Marthens, “What excites me most about Jake is the amount of potential he brings into the offseason and for next year. He will surely have an incredible senior year.”