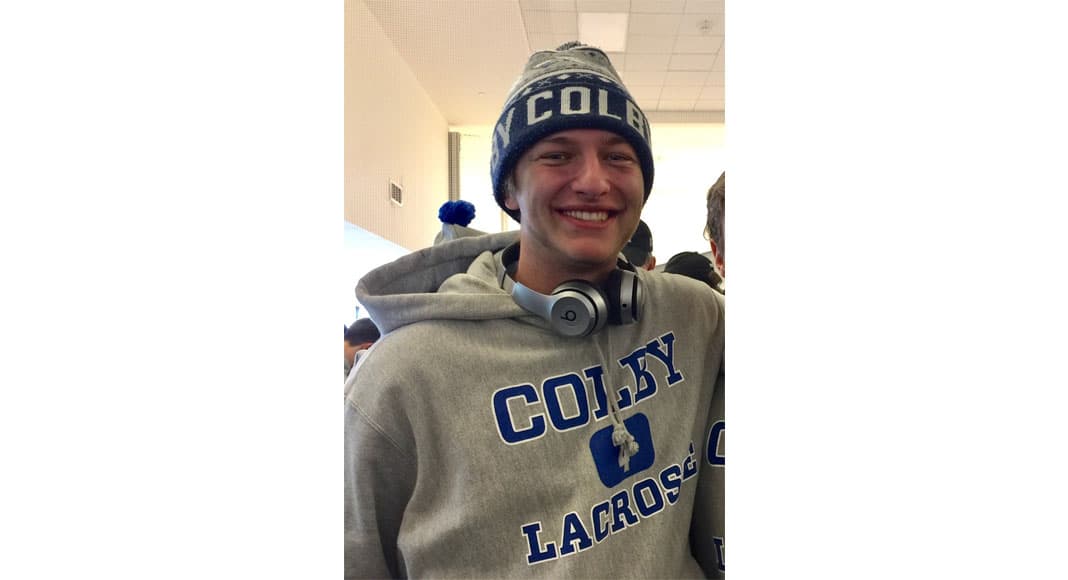 Payton Fales (St. Margaret’s ’15) was a three-year starting goalie, team captain, and All-County selection as a high school player.  Upon graduation, he packed his bags and took his game to Colby College in Waterville, Maine.

Colby and the other 10 members of the New England Small Conference Athletic Conference (NESCAC) share a similar philosophy for intercollegiate athletics, and are “committed to keeping a proper perspective on the role of sport in higher education.”

Sometimes called the “Little Ivies”, each of the eleven NESCAC schools is ranked in the top 50 of liberal arts school by US News and World Report, and most are in the Top 20.

Fales fills us in about campus life, opportunities to study abroad, being a member of the lacrosse team, and more.

Colby at a Glance

Admissions: Admission to Colby is highly competitive. Colby received 11,190 applications for the Class of 2021.

Campus: Colby’s 714-acre Mayflower Hill campus is considered one of the most attractive campuses in the nation. It is located 20 minutes from the state capital and an hour north of Portland or south of Bangor. Most of the campus, including the 128-acre Perkins Arboretum and Bird Sanctuary, is a Maine Wildlife Management Area. Campus map >

Housing: Ninety-four percent of students live on campus in 30 residence halls. Students select among a variety of housing options including singles, doubles, triples, and suites of shared rooms. All halls are coeducational and most mix class years. Substance-free halls and quiet halls are available by request. The entire campus, including all residence halls, is tobacco-free. More >