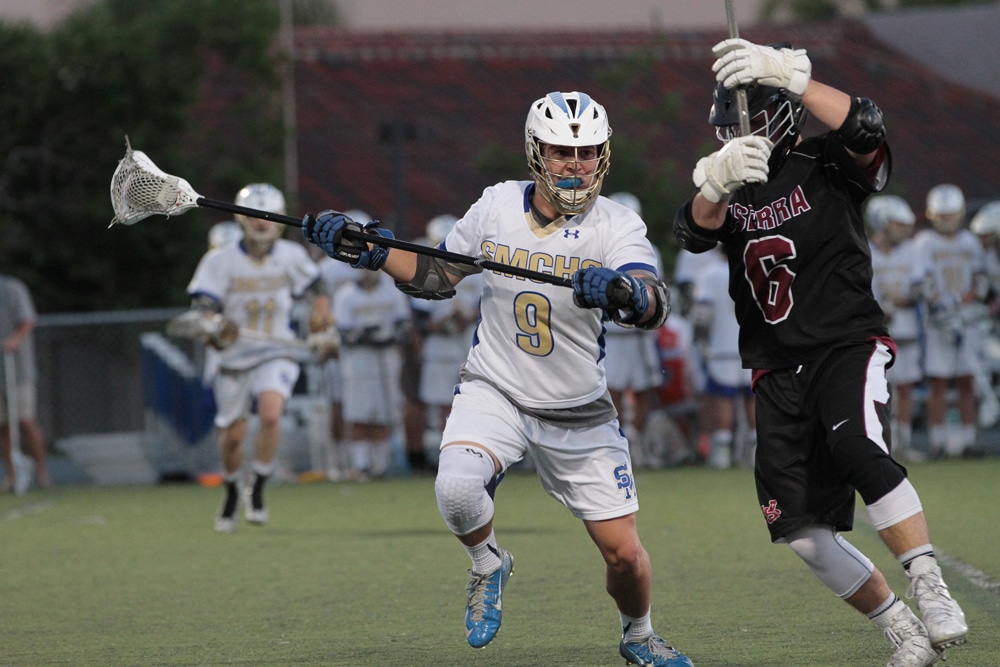 “I am so proud of Matt and his decision to attend and play Division 1 lacrosse at Bellarmine University,” Santa Margarita head Coach Adam Guy said by email. “Matt has all the tools on the field, and personal skills off the field to succeed at the next level. On the field, he is tenacious, aggressive and smart while off the field he is a model student and great teammate. Matt suffered an ACL tear the first day of the season as a freshman and it’s been something special to watch him battle back to the level he is playing at now. I am looking forward to coaching Matt these next two years and preparing him for the challenges ahead.”

Ury is the second Eagle to commit to Bellarmine in recent years. Former teammate Eric Rubak is a freshman defenseman for the Knights.

“When I went on my unofficial visit to Bellarmine, just looking around the campus and the city of Louisville, I could really see myself in this environment,” Ury said by email. “I could tell right off the bat that the lacrosse team was a real family and Coach Sothoron and Coach Burns were real genuine guys who care about their players.”

With his verbal commitment taken care of, Ury is looking forward to his final two years as a Santa Margarita Eagle. “My goals are for our team to grow as a family on and off the field and to win Trinity League and to go deep in playoffs,” he said.

“I’d like to thank my coaches, friends, and family for their support throughout my entire lacrosse career” Ury added. “Most importantly I would like to thank my head coach, Adam Guy for all the guidance on and off the field.”