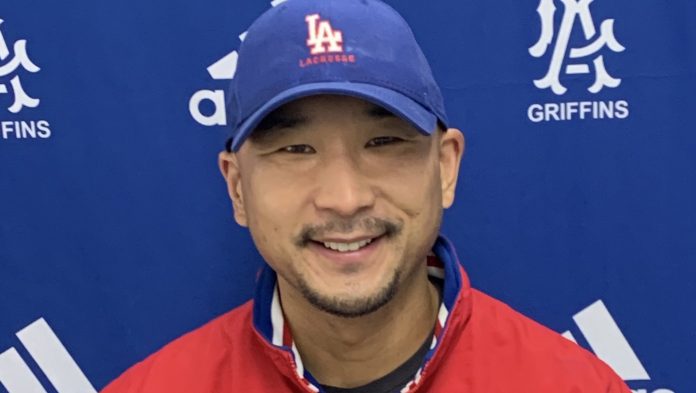 Matt Cunniffe has been hired as the new boys lacrosse head coach at Los Alamitos High School. Cunniffe moves into his new role after serving as an assistant on Tim Fox’s staff last season.

“I am so grateful for this opportunity to be the head varsity lacrosse coach at Los Alamitos High School,” Cunniffe said. “The administration, the athletic director- Mr. Richard Smith, The Los Alamitos Lacrosse Booster Club, and the former head coach Tim Fox have helped make this transition seamless and easy. The foundation and culture developed by Coach Tim Fox over the past seasons have made it a great place to be the coach.”

Cunniffe is confident that his experience with the Griffins last season gives him a head start in getting ready for his first season at the helm.

“With having one season with the players, coaching staff, and program under my belt, it has made this transition a lot easier. All the formalities and feeling out process of getting a hand on the culture and program are out of the way,” Cunniffe said. “The players and coaching staff are also familiar with me, my coaching style, and my personality. This makes us all comfortable and makes everything a lot more fluid. The players and staff all one Los Al lacrosse FAMILY.”

Cunniffe also coached at Long Beach Poly High School for two seasons. One of the noteworthy players he coached was Logan Kenny, the program’s first NCAA men’s lacrosse player, who is playing at Southwestern University in Texas.

“It was an honor to be the Head Coach at Long Beach Poly for 2 seasons as they started their CIF lacrosse program. With being the former head coach at LB Poly, it prepared me to tighten up my coaching skills, improved my lacrosse IQ as a coach, and it allowed me to make my team building ability stronger,” Cunniffe said.

Cunniffe takes over for Tim Fox, who had previously stepped down. ast season before the COVID-19 pandemic cancelled the whole lacrosse season in Southern California.