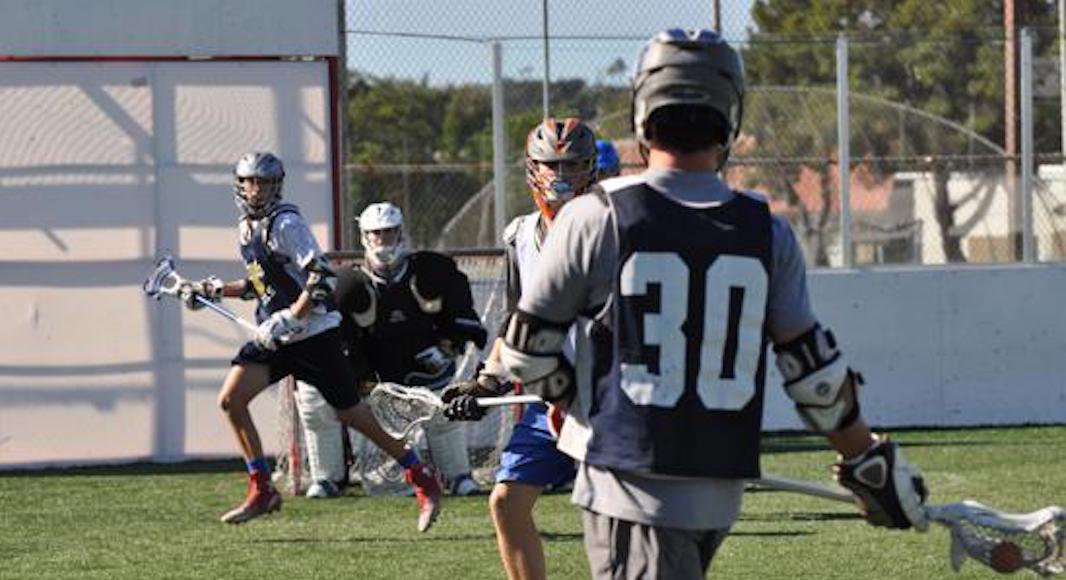 Roughly 15 area lacrosse coaches, all of whom coach in the Orange County Box Lacrosse League and many of whom coach local high school teams, gathered Saturday to kick off the 2017 OCBLL season with a coaching clinic conducted by Matt Brown, associate head coach at the University of Denver.

In addition to coaching the Pioneers, Brown also is an assistant coach for the Canadian National Lacrosse team and has served as Canada’s offensive coordinator for several U-19 national teams, as well as the Canadian team that won the the FIL World Lacrosse Championship in 2014.

Brown and the OCBLL coaches share a common goal of fueling the growth of box lacrosse in the United States. The smaller playing surface of box lacrosse develops unique skills and sharper ball movement that Canadian-born players have used to dominate NCAA lacrosse in recent years. As a result, more and more coaches are seeing the value that box lacrosse offers to a player’s development.

“I think box lacrosse is now a VITAL component to a player’s development, especially at the youth level,” said Santa Margarita Catholic head coach Adam Guy in a text message. “The number of reps, the physicality, the on- and off-ball movement and the emphasis on accurate passing and shooting is fantastic. With our box league, we are now in our fourth year, and we are really seeing a ton of improvement in the players and teams who have bought into box principles and training.”

“Box lacrosse places a huge emphasis on the two-man game,” Miles texted. “Almost all facets of the two-man game translates from box to field. The players need to follow the rules regarding moving picks, however the spacing and the timing are very similar in each game. It’s a simple adjustment on the rules. The two-man game concepts are critical for players to understand and perform if they are aspiring to play lacrosse in college.”

As one of the pioneers of incorporating box concepts and skills into the field game, Brown’s stature among lacrosse coaches as a teacher of the game is nearly universal.

The concepts and drills that Brown taught on Saturday are likely to have an immediate affect on how local coaches approaches the game and likely will result in some new skills and formations on display this spring. Even the most experienced coaches walked away impressed with the knowledge they gained.

Miles, a recent inductee to the US Lacrosse Hall of Fame and former Navy All-American, was impressed by Brown’s ability to coach and communicate.

“Oh my gosh … no way I can name just one, but if I must it’s how Coach Brown translates a lacrosse concept to a drill and then to player execution,” Miles said. “He teaches in such a positive enthusiastic manner that allows the player to freely take chances and give max effort.”

“I think everything we went over was important,” Tintle said by text. “I have been playing/coaching this game for 25-plus years, and it’s always great to learn new concepts, ideologies, formations and tactics. Matt Brown was more than informative and is an offensive guru, so I just tried to absorb as much as I could.”

The OCBLL is the only local league officially sanctioned by the United States Box Lacrosse Association (USBOXLA), an organization co-founded by Brown. The OCBLL-USBOXLA connection is already proving to be a formidable one. This season approximately 45 youth and high school teams, including some from as far away as the Westlake area, are competing in the OCBLL.