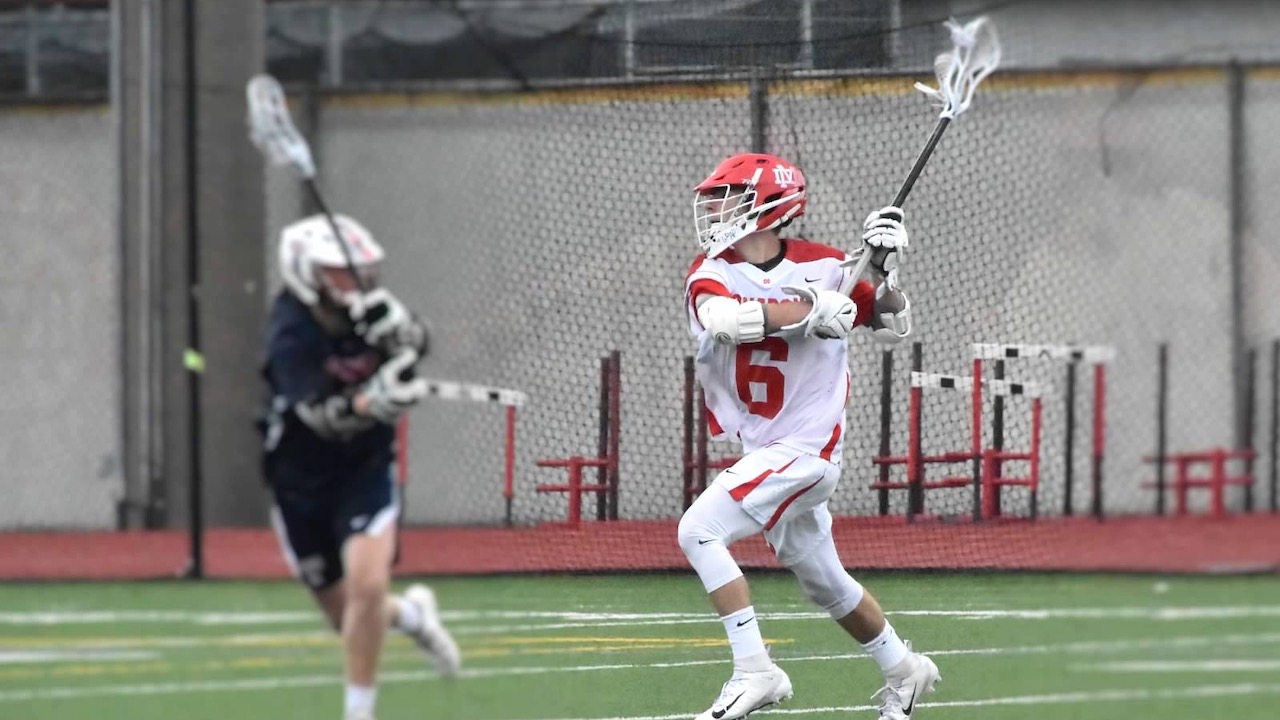 Mater Dei senior Zach Torres has committed to study and play college lacrosse at Benedictine College in Atchison, Kansas.  Torres will major in Entrepreneurial Studies and join a Ravens that won the Kansas Collegiate Athletic Conference (KCAC) championship and reached the quarterfinals of the National Association of Intercollegiate Athletics (NAIA) last season.

Torres, a four-year varsity attack man and midfielder at Mater Dei, tallied 16 goals as a freshman attack and then displayed the same grit and determination that helped him beat cancer as a youngster to battle through many injuries and make himself a consistent contributor on the Monarchs’ varsity lacrosse team.

“Zach has always battled adversity since a young age,”  said head coach Johnny Rodriguez by email. “His biggest victory was defeating cancer after rounds of chemotherapy as a child. Zach is a hard worker and a great teammate. He will be an asset on and off the field at Benedictine College.”

” I knew I wanted to be part of a competitive team and not just “play” lacrosse,” said Torres.  “I started doing my research on schools that had my major, Entrepreneurial Studies and also had a lacrosse program. Benedictine College made the list. They were also 2019 conference champions and qualified to play in the NAIA National Tournament. With that, I sent my 60 second recruitment video to Coach Blaise at Benedictine College. He emailed me a few days after receiving my film and set-up a call.”

Torres said that Coach Blaise liked what he saw in the game film but they barely spoke about lacrosse in their hour-long conversation.

“He wanted to know about me, the student, what I wanted to study and what got me excited about going to college,” said Torres. “He told me what he saw in my film that he really liked and talked to me about little details in how I played the game that let me know that he really spent time looking at the film I had sent him. He told me about how he could see me as a great asset for the team and how my skills could be a complement to his players and make the team better.”

That call led to a campus visit in early October and that’s when Torres made his decision.

“I loved the energy of the school, the smaller class size and how it felt like family when I was with Coach Blaise and his players,” said Torres. “They all seemed to really love being part of the school and the program. At the end of that day, I knew I had found my school, my coach and my team.”

Now that his college decision is behind him, Torres has turned his attentions to making his final season as a Monarch a success.

“For the upcoming season, our team goal is to battle for the Trinity League title and advance into the playoffs,” he said. “Close isn’t good enough – we want to go farther than before and have people see Mater Dei as a force in So. Cal Lacrosse. Go Monarchs!!!”

Like lacrosse, recruiting is a team game.  In addition to talent and determination, it takes the support of family, friends and coaches to move on to the next level high school.  Torres was effusive in his gratitude to those who helped him in this journey:

“Thanks to God. Thanks to my parents and family for always supporting me and cheering me on. Thanks to the Sando Family for introducing me to the game of lacrosse in third grade. Thanks to the Burwell Family for mentoring me in my freshman year as a starting Varsity Lacrosse player at Mater Dei. Thanks to all of my coaches over the nine years of playing lacrosse and especially a huge thank you to my teammates – my brothers at Mater Dei.”