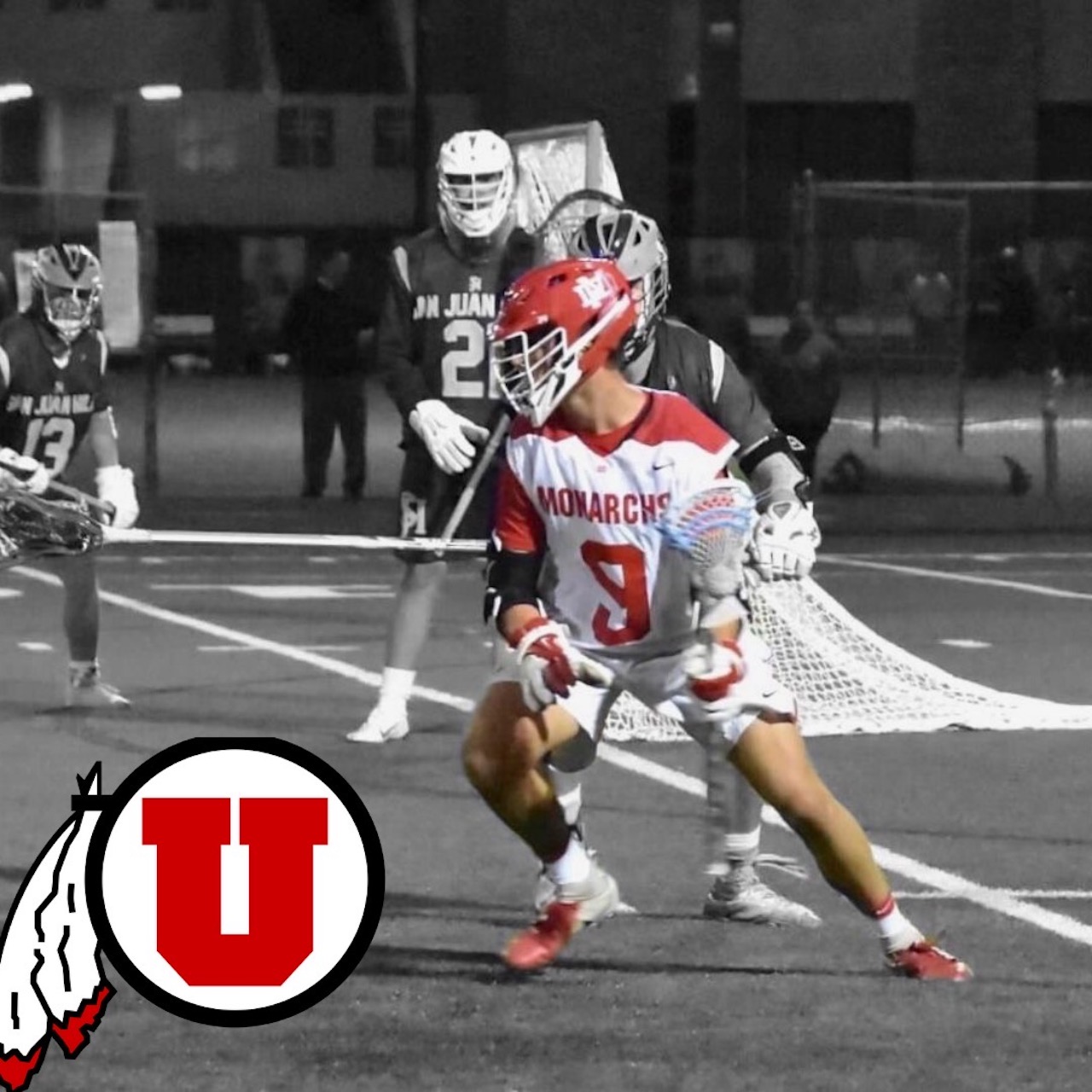 Mater Dei senior Peter Hagan has committed to study and play NCAA Division 1 lacrosse at the University of Utah.  Hagan said that the academics and the atmosphere on the campus of the Pac-12’s only NCAA men’s lacrosse program were key factors in committing to the Utes.

“First and foremost I chose the University of Utah because I believe it to be a great academic fit for me,” said Hagan. “The energy on campus and the school pride is something that really got me fired up to be a part of the U of U student body. I chose the U of U because I believe in what Coach Holman is doing with his program and I am blessed to have the opportunity to play under such a dynamic coaching staff. Go Utes!”

Hagan has not taken the direct route to his D1 commitment. A back injury forced him to sit out his entire sophomore season (2018) and take a detour. Rather than write that season off, Hagan found a way to contribute from the sidelines and advance his lacrosse IQ.

“He (Hagan) spent his sophomore season on the sidelines acting as an assistant to Luke Phipps, our OC (offensive coordinator),” said Mater Dei coach Johnny Rodriguez. “He was able to learn the game more from a coaching perspective while building a fire inside of him from not being able to participate in games or practices.”

Hagan rebounded with a vengeance as a junior, ringing up 93 points (64 goals, 29 assists). Despite those lofty numbers, which placed him as one of the top five scorers in Orange and Riverside Counties, Hagan did not get the respect that he felt he deserved when the post-season awards were announced.

“He got the short end of the stick and only earned 3rd Team All-County despite having numbers that were in the top 5 in scoring in Orange County/Riverside,” Rodriguez said. “He wanted more of himself and made it a goal to earn 1st team All-County in his senior season. He focused on his strength and speed and his ability to initiate offense. He gained 30 lbs in the off-season and increased his quickness immensely.”

Not surprisingly the college coaches took notice when they saw filled-out 6’3” lefty this summer.

“After talking with many D1 schools, he fell in love with the campus and the coaching staff at Utah, said Rodriguez. “I look forward to watching him continue to progress as a gentlemen, scholar, and athlete in his senior campaign.”

Hagan plans to continue the hard work right through his senior season and serve as an example to his teammates.

“This season at Mater Dei is all about working hard with the goal to improve every day,” Hagan said, “and creating an atmosphere that challenges us individually yet brings us closer as a team to help us reach our potential. It is important for us to lay a strong foundation in order to build for the future. Go Monarchs!”

Now that his college decision is behind him, Hagan took a moment to thank the people that helped him achieve this goal.

“I would like to thank my family and coaches who have encouraged me, and challenged me to better myself on and off the lacrosse field.”