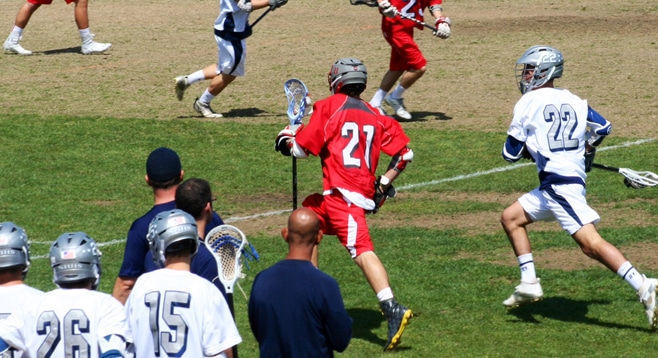 Mater Dei High School improved to 8-1 with a 12-5 victory over Woodbridge High School on Thursday.

Woodbridge played tough, and was in the game until Mater Dei broke it open in the final quarter. The Monarchs held two-goal leads of 2-0, 5-3, and 7-5 through the first three checkpoints before doing an unpaid promotion of the Paddy Chester conditioning program by scoring five unanswered goals, four of which came from senior Nick Southron in the final 12 minutes.

The Monarchs defense, which has been flying under the radar, came through for Coach Chester once again. The Monarchs are allowing fewer than six goals per game, and have held the opponents to single digits in all but two of their games.

Mater Dei (8-1) faces a pair of difficult mid-term exams next week when they open Trinity League play with away games at Santa Margarita on Tuesday and JSerra on Friday. Woodbridge (3-4) travels to Irvine High School on Wednesday for their only game next week.