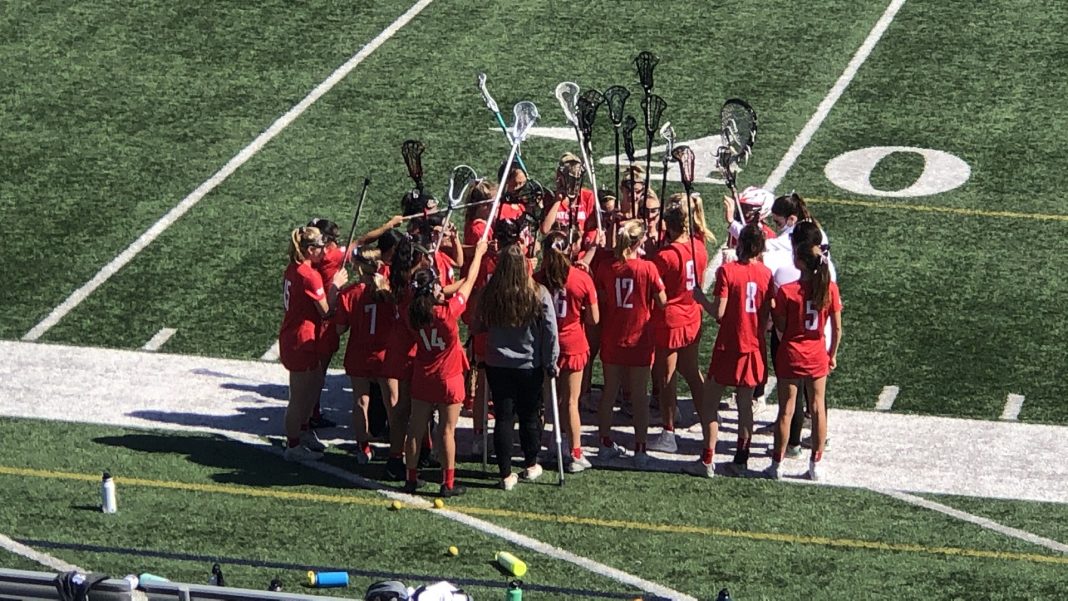 “I think the biggest thing that we’ve been working on and that paid off today was discipline. All over the field, we had discipline in our ride, discipline on defense, we were patient on attack, patient on defense and it really paid off and we were able to capatalize on a lot of little turnovers,” Monarchs coach Chloe Silance said.

Lauren Friedman led the way for the Monarchs with five goals while Maddie Luer added four goals. Skyler Nielsen and Chloe Seybold each had three goals for Mater Dei, which also got two goals from Reese DeAngelo and one goal from Juliette Hill.

The Monarchs were coming off of a close 13-11 win on Monday against Edison. Silance said that her team took what they learned from that game and applied it against the Sailors.

“We’ve been working on jumping on defense and having our backside rotation slides work a little bit quicker, so today we really tried to emphasize the early slide rotation and I think that really helped us on defense,” Silance said.

Just like its game on Monday, Mater Dei fell behind early, as Joelle Rothbard connected the game’s first goal for the Sailors at the 22:40. However, the Monarchs responded forcefully, scoring the next nine goals and forcing Newport Harbor to take a time out.

The Sailors got no closer than six goals for the rest of the game and Monarchs lead grew to as much as 12 points. Mater Dei carried a 13-5 lead into halftime and then scored the first four goals of the second half to make the score 17-5 and put the game out of reach.

“I want my players to continue to be confident on the field. I think because it’s been so long since we’ve played a game, we come out and we’re a little bit nervous and we’re nervous to throw some passes, we’re nervous to make an early decision, but once they start believing in themselves and they have the confidence on the field, they’ll be unstoppable,” Silance said.

Kaitlyn Nguyen and Alison Jensen combined for five saves in the game for the Monarchs, as one goalie played in the first half while the other played in the second half.

Rowdy Farmer led Newport Harbor with three goals while Olivia Gritzmacher added two goals. Rothbard and Caroline Close each found the back of the net once for the Sailors, who got five saves from Willa Rath.

Both teams return to action on Tuesday at 6:30 p.m. Mater Dei travels down to San Diego to play Scripps Ranch while Newport Harbor plays Santa Margarita at home.