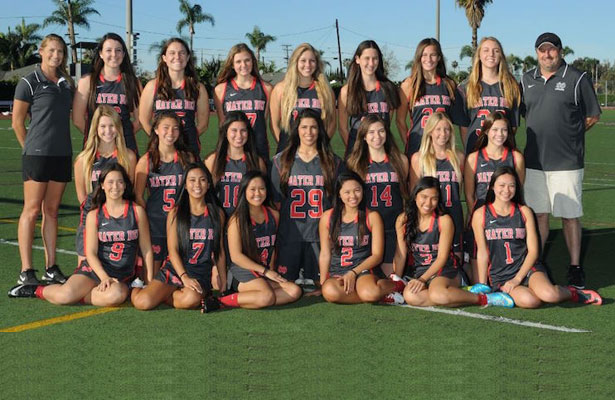 At the Oak Park game, the Monarchs honored their seniors which included: Brianna Barriga,Grace Emmel, Bella Conferti, Kristen Dizon, Danelle Lucero, and Carolyn Stephens. The fans were honored with a shootout. Oak Park came out hot, leading 13-9 before half when the Monarch’s offense raised their game to tie it at 13-13. The second half was all Monarchs until the very end. With 2 minutes left to play the Monarchs lead 21-16, however, Oak Park showed why they hold the #1 ranking in Los Angeles. Oak Park scored three goals in less than two minutes to make things interesting. Mater Dei hung on for a final score of 21-19.

The Monarchs had less trouble with their former Trinity League foes, Santa Margarita. Mater Dei scored off the first faceoff and lead throughout. The Monarchs won 19-9.

Mater Dei finishes its regular season ranked No. 1 in both LaxPower and the latest coaches poll. The final coaches poll and playoff seedings will be announced on Saturday. Sixteen teams will start with a clean slate for the playoffs and it’s win or go home for the next two weeks.