Mater Dei Girls Move Up to No. 3 in the West 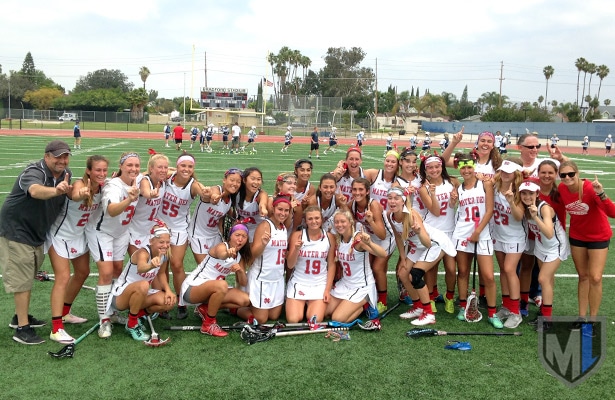 Three days after completing a perfect 21-0 season and defeating Oak Park for the US Lacrosse Southern Section championship, the the Mater Dei girls’ lacrosse team moved up to No. 3 in the West in the Nike/LM regional rankings.  The Monarchs were previously ranked No. 4.  Their perfect season included victories over the top three teams in San Diego and two wins over Oak Park, the no. team in Los Angeles.  The following excerpt is from Lacrosse Magazine:

3. Mater Dei (Calif.), 21-0The Monarchs finished off an impressive perfect season with a dominant 15-4 win over Oak Park (Calif.) in the Southern Section championship Saturday after rallying to beat Foothill-Santa Ana, 6-5, in the Orange County final May 11. Mackenzie Wallevand had six goals and two assists in the section final after scoring three goals, including the tying and winning markers, in the win over Foothill, as the Monarchs came back from a 5-1 deficit in the second half. Previous ranking: 4