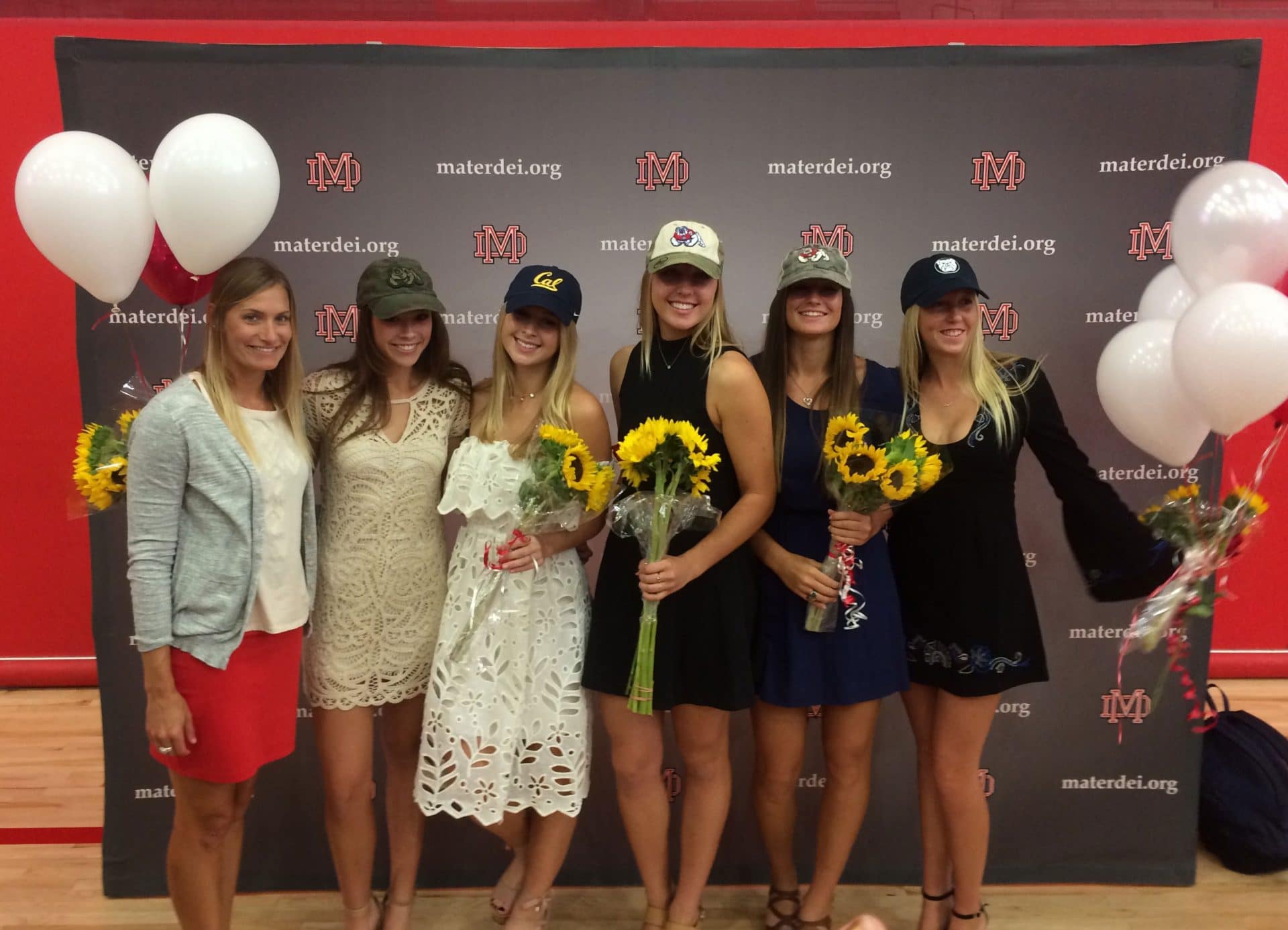 A total of eighteen student-athletes showed up at Mater Dei High School’s signing day.   In what may have been a day without precedent in Orange County, five of those student-athletes were seniors from Cressita Bowman’s girls lacrosse team. Lauren Gonzales (Attack/Midfielder), Madeline Hooks (Attack), Grace Houser (Attack/Midfielder), Mackenzie Wallevand (Attack/Midfielder), and Courtney Walburger (Goalie) will all be playing Division 1 women’s lacrosse after they graduate in May.    Gonzales, Walburger, and Wallevand will be Fresno State Bulldogs.  Hooks will be a Butler Bulldog. Houser is headed to Berkeley where she will be a Cal Bear.

There is still work to be done though before the five high school seniors become college freshmen. The Monarchs won the Southern Section championship with an undefeated season in 2016. The entire team will be focused on attempting a repeat in 2017.

Bowman said in a signing day speech that these five girls possess the qualities, athleticism, and determination to be very successful at the next level. All the girls and their parents were glad to have been able to celebrate this big day together.