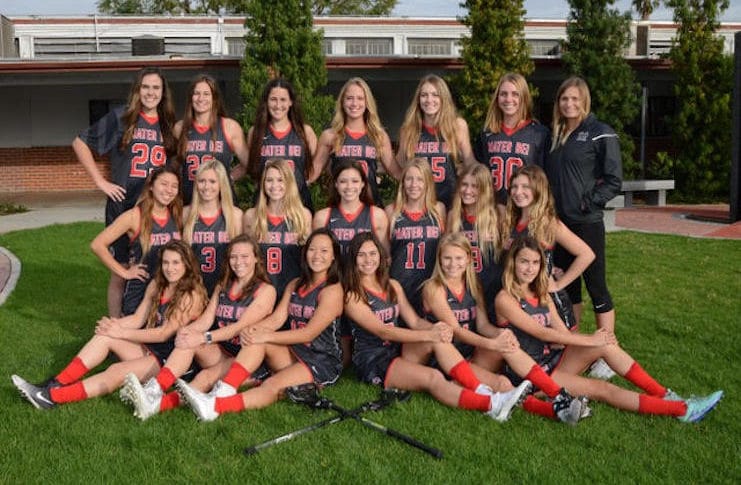 The Mater Dei girls lacrosse team will put their 24-game winning streak on the line tonight when they host Hutchison School (Memphis, TN) tonight.    The Hutchison Sting have won six Tennessee state championships.  Game time is 5:00 pm according to the Mater Dei website.

The Sting will complete their Tour de Orange County with games against St. Margaret’s on Friday and Foothill on Saturday.

The Monarchs improved to 3-0 in 2017 by defeating Tesoro 16-2 on Tuesday.  It was the first loss of the season for Tesoro.

The Monarchs were lead on offense by Lauren Gonzales with six goals followed by Grace Houser, Payton Smith, Mackenzie Wallevand each with three goals a piece. Madeline Hooks had some spectacular assists on the night. The Monarchs have outscored their opponents 55-13 over the 3 games.

The Monarchs defense played outstanding and came up with quite a few takeaways, ground balls and steals at very opportune times during the course of the game. The Monarchs goalie Courtney Walburger, was very stingy in the cage, and made five saves on seven shots and 2 ground balls.