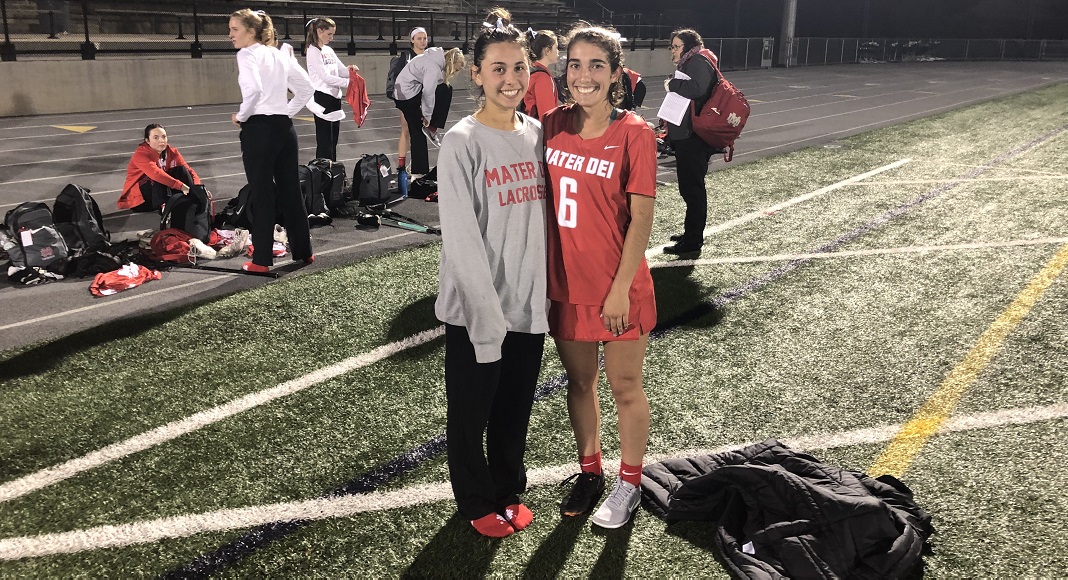 “I think defense won our game today. We had a strong defensive end and got a lot of knockdowns over there that were able to capitalize on the attacking end,” Silance said.

“They definitely are game-changers out there. When they’re out there, it’s a different game,” Silance said.

The Monarchs never trailed in this game despite a resilient effort from a scrappy Sailors squad. The Monarchs led 5-2 early in the first half until the Sailors scored two straight goals to make the game 5-4, prompting Silance to use a time out.

The time out worked for the Monarchs, as they scored three straight goals, eventually leading 8-5 at halftime.

After the Sailors scored the first goal of the second half, the Monarchs rattled off three straight goals to give them an 11-6 lead, putting the game out of reach.

In addition to Danese and Keiser, Peyton Smith, Chloe Seybold and Jamie Ko each had two goals apiece. Ivy Nielsen also scored for the Monarchs, who got three saves from Alison Jensen and two saves from Kaitlyn Nguyen.

Silance looks to pick up where former coach Cressita Bowman left off and lead the Monarchs to the County championship match for the fourth straight year.

“I think we’re going to have to keep building, keep working on our defense [and] our draw controls in the middle. We have to continue to try and do new things, but not be necessarily predictable,” Silance said.

For the Sailors, Reese Vickers led the way with five goals. Mariana Miller added two goals, and Delaney Knipp, Joelle Rothbard and Ella Kenney each had one. Defensively, Willa Rath made eight saves.

“Reese is a phenomenal athlete. She is someone that when you need a goal in crunch time, she’ll go get you one. She never gives up,” Sailors coach Brooke Martini said.

The Sailors have a young team this year with Knipp, Kenney and Miller being the only seniors. Despite the loss, Martini was proud of the way her team battled, saying that almost the entire game was a positive.

“I think we played as a team. Defensively we held strong and offensively we took our time, we were smart with the ball,” Martini said. “I think Willa had an amazing game. She was saving balls left and right, jumping left and right. She was going against the top shooters in Orange County.”