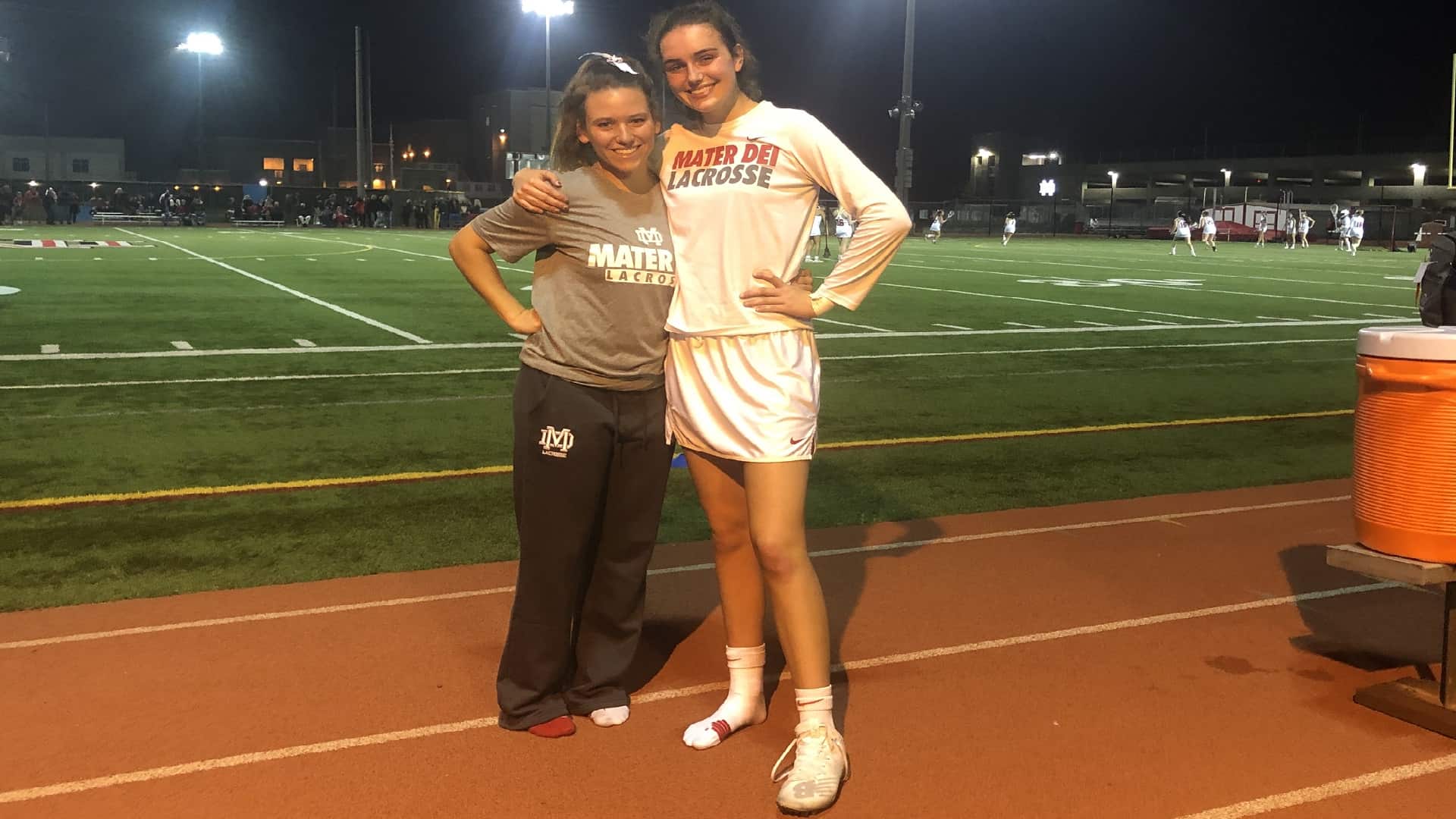 The Mater Dei girls lacrosse team used stifling defense and draw control to beat Newport Harbor 12-7 on Thursday at Mater Dei High School in the season opener for both teams.

With the score tied at 1-1 almost 10 minutes into the game, the Monarchs busted the game open with four straight goals in less than four minutes to lead 5-1.

Just like in past seasons, Mater Dei’s trademark defense stepped up to make it tough for the opposition’s offense to maneuver and makeup the deficit.  The Monarchs defense locked down and the Sailors  did not score their second goal of the half until the 4:03 mark when Rowdy Farmer scored to make it 5-2, which is how the first half finished.

“I think our defense won us our game. Our defense played as a solid unit and they were extremely disciplined and I think that’s what got us our win,” Monarchs coach Chloe Silance said.

Newport Harbor attempted to mount a comeback, by scoring the second half’s first two goals from Zoey Palmquist and Joelle Rothbard to cut Mater Dei’s lead down to 5-4 at the 21:18 mark. But just like the first half, the Monarchs were able to keep the Sailors off the board for a long period of time.

While the Sailors were unable to find the back of the net, the Monarchs were able to do so five straight times to lead 10-4 at the 14:22 mark. Newport Harbor tried to make one last comeback by scoring three straight goals from Rothbard (twice) and Gritzmacher, but the Mater Dei defense held the Sailors scoreless in the final 7:21, locking up the win.

“I think we did not execute offensively. We had a lot of turnovers and I think Mater Dei had great defense. They were very well-prepared and they played really good team defense,” Sailors coach Brooke Martini said.

Rothbard led Newport Harbor in goals with three while Gritzmacher added two. Palmquist and Farmer each had one goal for the Sailors, who got 10 saves from Willa Rath.

“Willa always saves us back there. If we miss a slide, if we are tight on our cutters, we always know that we can depend on Willa to block a ball any moment,” Martini said.

Kaitlyn Nguyen, who played goalie for the Monarchs as a sophomore last year, made four saves. Silance praised Nguyen for her greatgame play at the goalie position.

“Kaitlyn we’ve [the coaches] been working with a lot. She really stepped up for us today. She’s small, but mighty and she has a great attitude in the cage, so having that positive mentality has really helped her a lot and helped our team immensely,” Silance said.

Up next for Mater Dei (1-0), a home showdown against San Diego powerhouse Torrey Pines on Tuesday at 5:30 p.m. For Newport Harbor (0-1), its next game will be Thursday at Esperanza at 6 p.m.