Mater Dei was a perfect 16-0 against teams from Orange County and Los Angeles this season, losing only to teams from Northern California, San Diego and one from Tennessee. 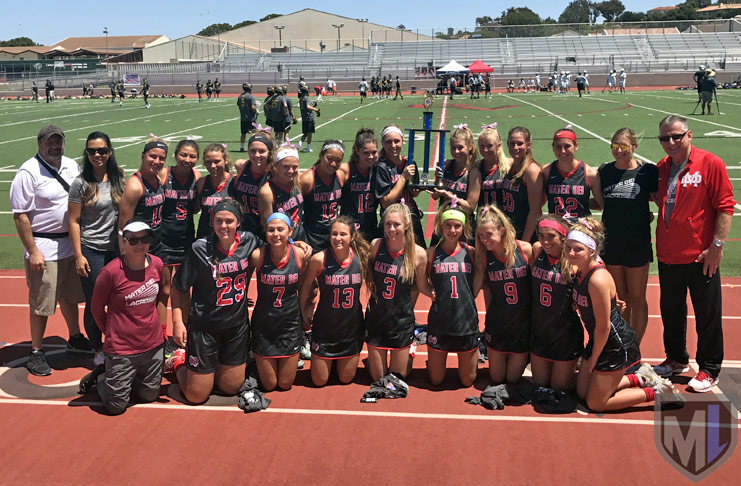 Once the Monarchs’ lead reached nine at 12-3, they appeared to take their foot off the gas somewhat, allowing Redondo Union (16-4) to make a bit of run late in the first half. The Sea Hawks scored four goals in the last five minutes of the half to make the score 14-8 at the break.

Coming out of the break, though, Mater Dei limited Redondo to one goal over the first 15 minutes of the second half while increasing its lead to 20-9.

For Mater Dei, sophomore Tess Keiser and Peyton Smith each contributed three goals and an assist, and junior Sydney Payne had a goal and three assists. Sophomore Jaime Ko also had an assist.

Sixteen of the Monarchs’ 21 goals were assisted.