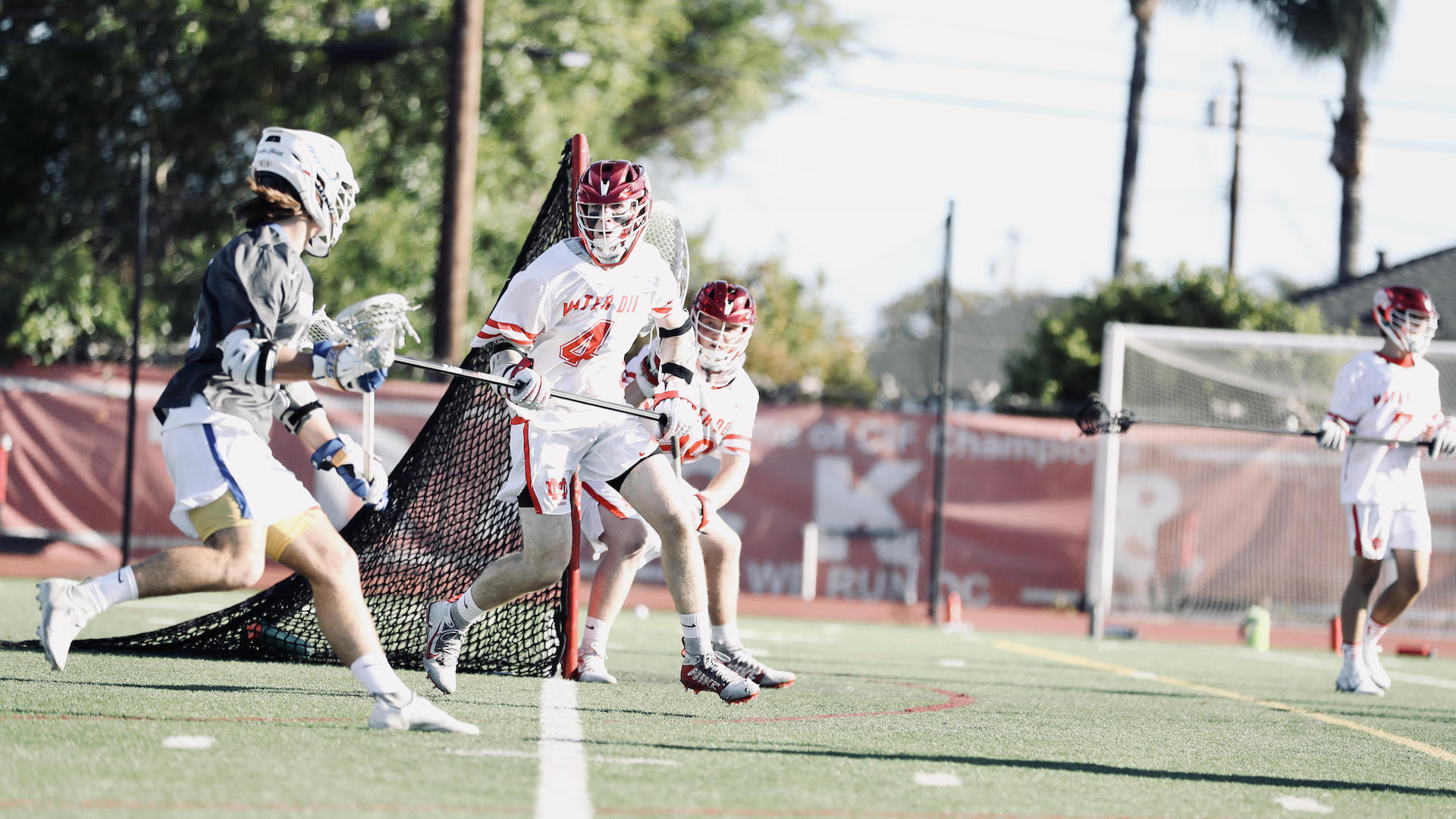 The No. 2 Mater Dei’s boys lacrosse team notched their first win versus Santa Margarita in program history in convincing fashion, with a 14-1 victory over the visiting Eagles in the Trinity League matchup up on Wednesday night.  Mater Dei is now in control of their own destiny with their sights set on the program’s first Trinity League crown.

The Monarchs were in control from the get-go, jumping out to a quick 2-0 advantage, and steadily building their lead to 14-0 until the waning seconds of the contest to improve their season record to 10-1.

Mater Dei dominated the time of possession by controlling the groundball war and faceoffs. Sophomore Lucas de la Paz continued his impressive season by winning 14 of the 18 faceoffs (78%) and the Monarchs won 27 of the 32 ground balls, leaving the Eagles very few opportunities to get into their offense. The Mater Dei offense pepper the the Eagles with 39 shots.

Mater Dei showcased a balanced scoring attack, led by sophomore Triston Jewell four goals. Senior Tommy Bethel and Grant Portillo each chipped in two goals, as well as three assists from Portillo.  The Monarchs also got a goal each from: de la Paz, junior Griffin Dwyer, and sophomores Evan Curry, Ryan Stiller, Cole Crisostomo, and Nathan Chu.  Mater Dei’s defense and the goaltending of Nick Colignon (14 saves) was stout, as the Eagles struggled to put points on the board.  The Eagles were harassed all game in the midfield by juniors Aiden Fishbein and Samari Staten, who applied intense pressure to disrupt the Santa Margarita offense.

The Monarchs’ next match up is against St. John Bosco on Saturday afternoon. The Eagles face Servite on Saturday.