Marino Repeats as RMAC Defensive Player of the Week 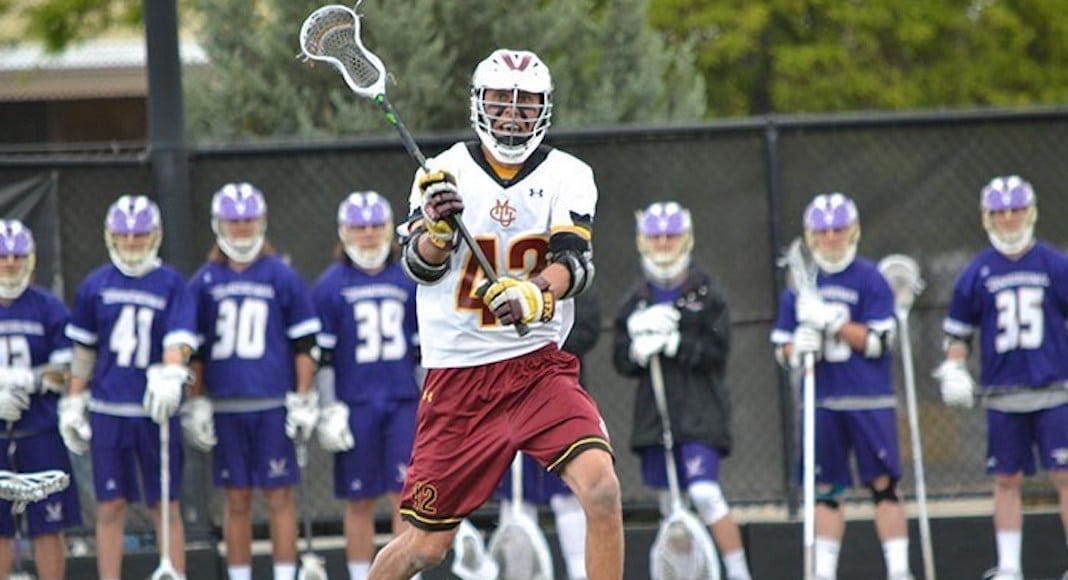 Former Aliso Niguel faceoff specialists Michael Marino was named the Rocky Mountain Athletic Conference Defensive Player of the Week for the second week in a row.  Now a junior at Colorado Mesa, Marino made the decision pretty easy with a 30 for 30 performance at the dot against Johnson & Wales last week.  He also picked up 23 groundballs in the game.

The 30 faceoff wins is the second most in NCAA Division II history, dating back to 2010. He finished a mere one shy of the record.

In Marino’s last two games, he is 54-58 in faceoffs and has recovered 37 ground balls.

Next up for Marino and the Mavericks is CSU-Pueblo and Adams State University this week. Both games will be taking place on the road as CMU looks to stay perfect in the conference.