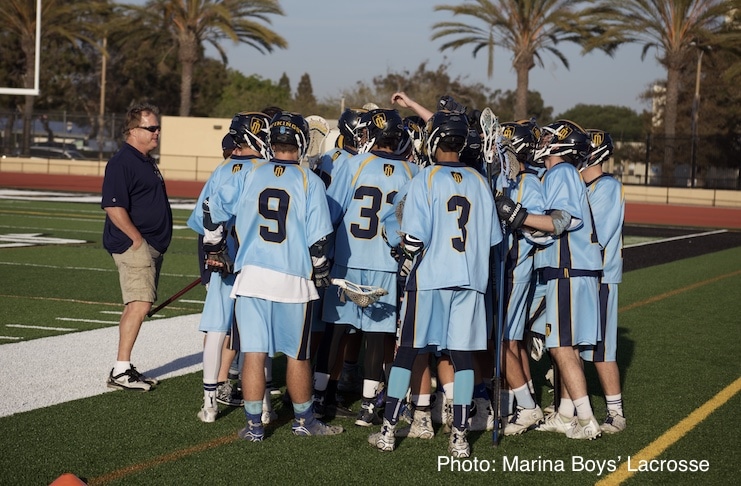 Huntington Beach – The Marina boys’ lacrosse team never trailed the visiting Mission Viejo Diablos as the Vikings cruised to 12-5 season-opening win on Saturday.  Marina broke the game open by outscoring the visitors 6-1 in the second quarter.

“The practices leading up to today really helped us. We focused on the things we needed to work on in practice and we capitalized,” Marina coach Nick Dallas said.

The Vikings were led by Ben Tracy who had a team-high four goals.  The Vikings also benefitted from strong games by contributions from Kevin Arent and Matt Halvorson who each had three goals.

Mission Viejo was led by Ryan Strachan and Tyler Shamas who each had two goals.

The turning point in the game came in the first quarter when Strachan appeared to knot the game at 3-3.  However, the refs waived it off due to an illegal stick and the Vikings took advantage with their six-goal second quarter that put the game out of reach.

“We just needed to slow the game down, get momentum on our side and the game was ours,” Tracy said. “I felt confident in my stick and my team.”

Dallas also praised his “1,2,3 combo,” of Ethan Campbell, Chase Payson and Kevin Van Nattan for their stellar defense. Van Nattan filled in for Eric Rymer, who was out with a knee injury.

Up next for Marina, the Vikings visit El Dorado on Monday at 7 p.m. The Diablos are at El Toro on Tuesday at 5:30 p.m.