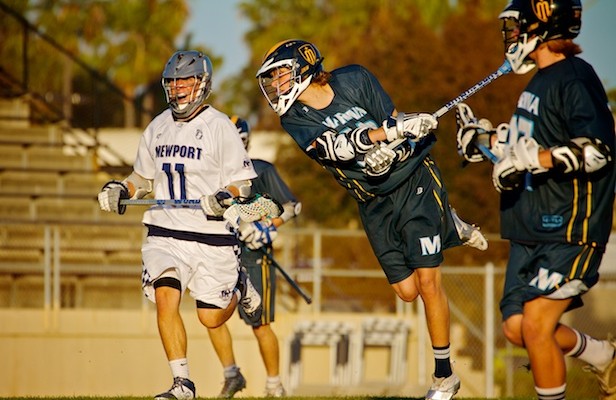 After starting the season with three straight losses, Marina High School leveled their record at 3-3  when they beat Chaparral 18-4 on Saturday.  Senior David Arent with 26 goals in the last four games has fueled the turnaround.  Arent scored a school record 9 goals against Chaparral on Saturday. Prior to Saturday’s game he scored six goals against Servite, four against El Dorado, and seven against Mater Dei.