Marano To Play in Under Armour All-America Senior Showcase 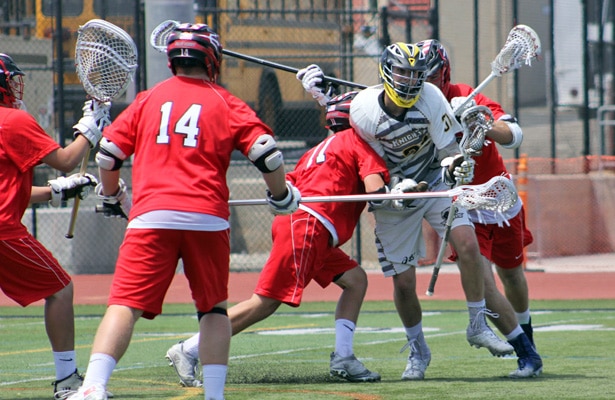 MaxLaxOC.com has been informed that Foothill High School senior Nate Marano (Denver) was notified earlier today that he has earned a spot in the exclusive Under Armour All-America Senior Showcase.  The 10th-annual Senior Showcase, which features 88 of the best college recruits in the country, is set for July 3 at Towson University’s Johnny Unitas Stadium.

It is rare for Californians to be selected for the Showcase.  Last year the only Californians to play in the Showcase were Joe Lang, now at Harvard, and Jake Seau, now at Duke.  MaxLaxOC is still confirming that Marano is the first OC product to earn the honor

Inside Lacrosse ranked the big lefty attackman as the #15 Young Gun Senior in the country prior to the current high school season, making him the top ranked senior in the west. Following a record-breaking 2013  against some of the top competition in California, Marano was named the West Player of the Year by Nike/US Lacrosse.   His 111 points broke the all-time Foothill points record, previously held by Cameron Cole at 105 (2010). Marano also surpassed the previous goals record of 76 held by Eric Adamson (2011), and seems to be on a similar pace this year.