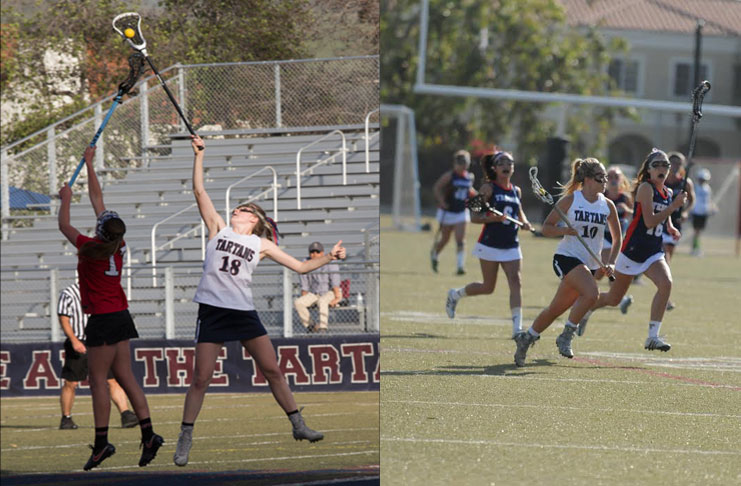 “Leading the Lady Tartans this year are two fearless competitors, Cameron Manor and Cailin Young,” Reilly said by email. “While their passionate play on the field earns them the respect of their teammates and opponents, it is their selflessness, dedication, and hard work that make them strong leaders. As captains for the 2017 St. Margaret’s Girls Lacrosse team, Cameron and Cailin have the opportunity to lead 24 inspired girls lacrosse players. These two are excited about the task at hand and looking forward to the challenges and successes that lie ahead!”

Manor, a two-time lacrosse team captain and 2016 All-American selection will play lacrosse at the United States Military Academy at West Point, N.Y. She served as captain her junior year season and helped bring the Tartans to be No. 2-ranked in Orange County, finishing with a 14-2 record. She was named as a First-Team All-Orange County selection in 2015 and 2016  and was also selected to the Orange County Team that competed at the U.S. Lacrosse National Tournament in 2014 and 2015.

Young, a junior captain for the Lady Tartans, is verbally committed to play lacrosse at San Diego State University. Young was a two-time selection to the Orange County Team that competed at the U.S. Lacrosse National Tournament in 2015 and 2016 and was the girls lacrosse Orange County Register player of the week on May 2, 2016 for her performances in wins over Aliso Niguel and Tesoro. Cailin Young is also a three-year varsity soccer player at St. Margaret’s and earned 2nd Team All-League honors in 2016.