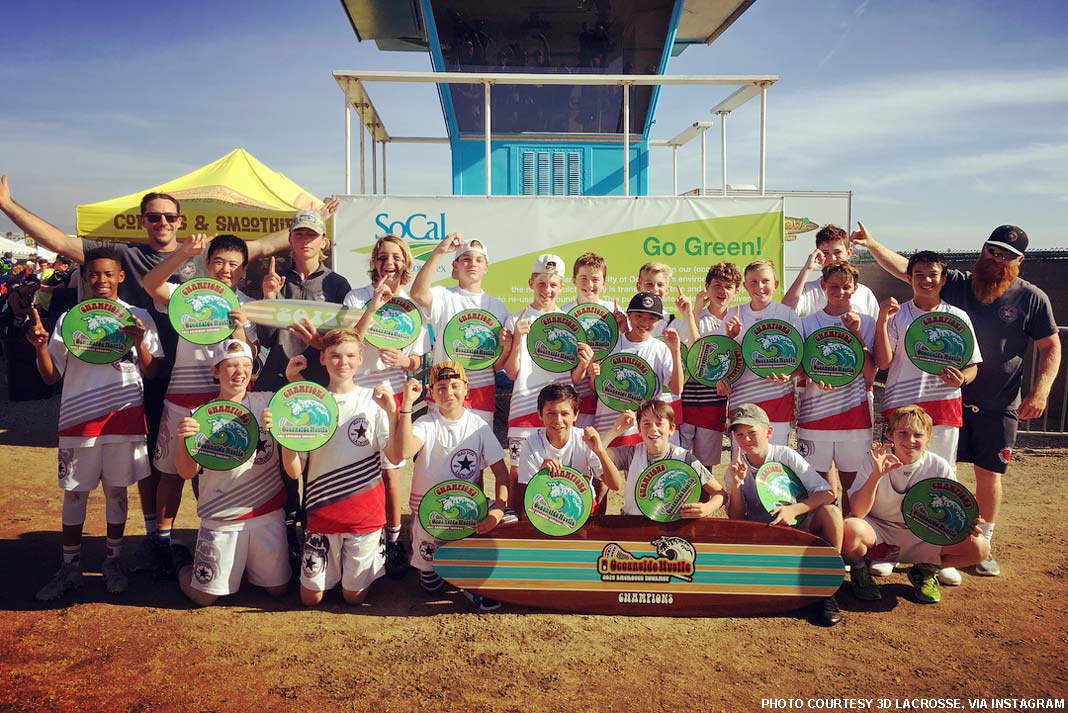 Three teams from the Mad Dog West club went a combined 16-0, outscoring its opponents 189-22, to claim three division championships at the Oceanside Hustle over the weekend.

“It was an awesome weekend for the Mad Dog program,” coach Steve Lane said. “We had a vision about two years ago of where we could take this program, and now it’s really starting to take effect, and in our eyes, it’s really just the beginning.”

“We had two very strong programs that individually had created cultures where high-level training, developing young men and women of character and putting players in challenging tournaments were the best ways to an accelerated learning curve and preparation for the next level,” Lane said via email. “As we realized we had similar goals and foundations, the merger just made perfect sense.”

Earlier this fall, the Mad Dog West U-13 team — made up of players from the Classes of 2023 and 2024 — was ranked No. 4 in the nation in the Nissan World Series of Youth Lacrosse/Inside Lacrosse 13U World Rankings. That team will compete in the WSYL’s West Regional Qualifier at Irvine Great Park on Feb. 17-18.

“This is less than a year later,” Lane said, referring to the merger, “and the results of this weekend are a great indicator of the future we had envisioned. We still have a lot of work to do, but this definitely was a major step in the right direction. Mad Dog is doing a lot right now, coast to coast, and the dedication and support we have from our players, parents and staff and direction from our president, Tommy Duerr, are all part of the positive strides making it happen. This is a true family, and I’m extremely proud to be part of it.”