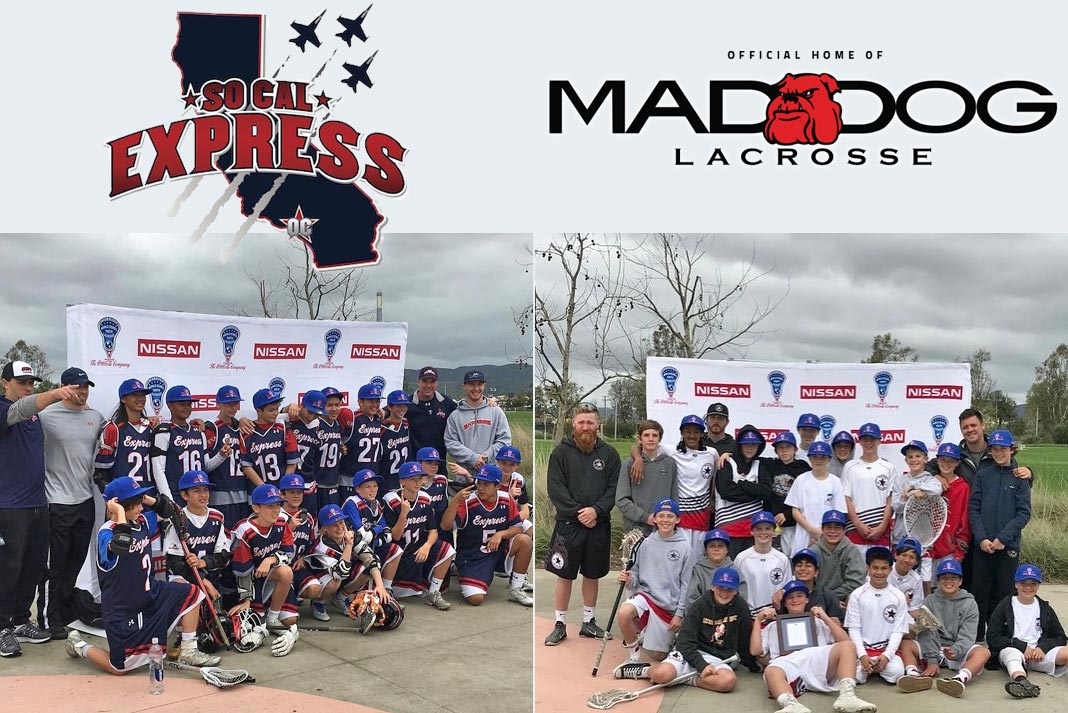 The Mad Dog West U13 squad was ranked No. 4 in the nation, and the SoCal Express U13 team was ranked No. 13, in the Nissan World Series of Youth Lacrosse/Inside Lacrosse 13U World Rankings released Friday.

The Trident Select U13 squad was listed among 13 additional clubs on a “watch list.”

The rankings “were assembled based on input from a broad selection of regional youth lacrosse experts throughout the United States. All teams included in this ranking meet the WSYL’s age [players born after Aug. 31, 2004] and roster requirements and will be participating in the U.S. Regional Qualifiers in the spring of 2018.”

Qualifiers from the regional events will compete in the national tournament July 2-4, 2018, in Denver, Colo.