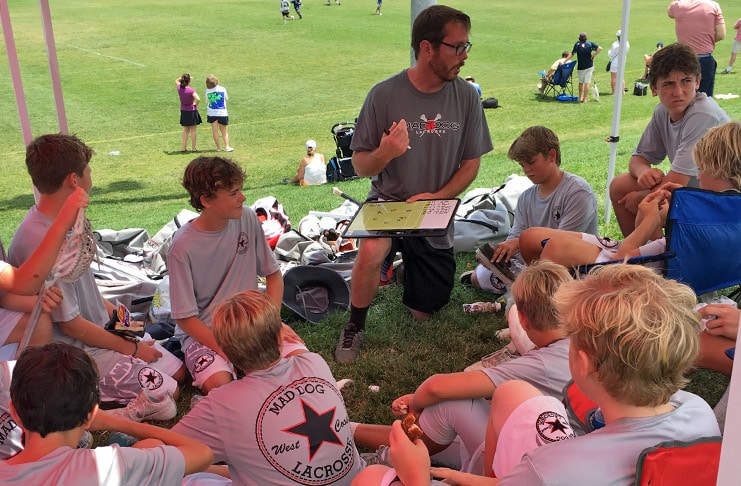 Coming off a summer in which its 2021 squad finished third at the World Series of Youth Lacrosse, Mad Dog West is gearing up for fall with an expanded program that includes teams for the classes of 2022, 2023 and 2024.

The Mad Dog West 2021 team plans to shift its focus more toward top recruiting events and showcases after its showing last summer at the Warrior World Series of Youth Lacrosse. Mad Dog won the Western qualifying tournament in April — then won the Denver Shootout and Vail Tournament — and entered the World Series as the top seed in its bracket.

Mad Dog West went undefeated in bracket play, defeating 3d Mid Atlantic, Team Israel, Team Igloo Black Ice, Leading Edge Elite and Lax Factory. In the first round of the playoffs, Mad Dog knocked out team Bethesda out of Maryland to improve to 6-0 in the event and set up a semifinal rematch with Team Igloo Black Ice.

“The semifinals had three Long Island teams and one team with bunch of scrappy California kids!” Duerr said. “Truly making a statement for the West Coast.”

Mad Dog West led 5-3 heading into the fourth quarter, but Team Igloo pulled away in the last five minutes for a 7-5 victory.

“It was a battle, but it is always difficult to beat a talented team twice,” Duerr said.