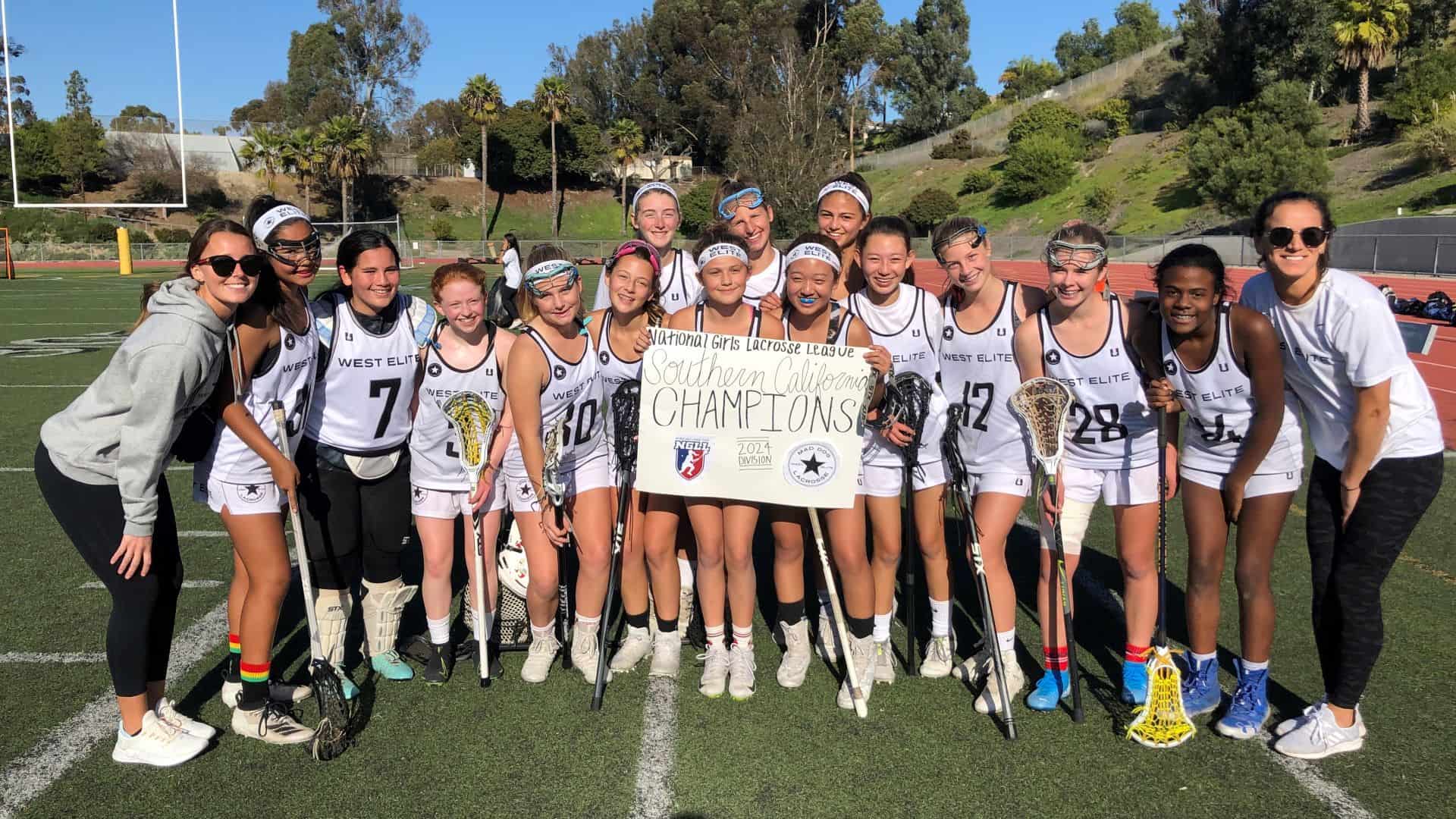 “I am so proud of how hard the girls fought that weekend,” Farrell said by email. “This is our first season of Mad Dog West Elite for that 2024 group and I am really excited about what the future holds for them. There has been a lot of success on the boys West Elite side and it was really exciting to see the girls make a statement early! We are really excited to head to Baltimore on Memorial Day weekend and represent SoCal in the National Tournament.”

Mad Dog  swept the competition with a perfect 5-0 record on the weekend.  They allowed just five goals per game while scoring at an average clip of 12 goals per game. Mad Dog did not score less than 10 goals in a game until the championship game, when they edged Coast LC 2024 6-5.

Players that stood out:

Sophia DeJarnette (midfield)- Sophia was absolutely unstoppable the whole weekend. She scored multiple goals a game, was key on the draw, and successfully marked up on our opponents top players.

Bricin Mahoney (midfield)- Bricin came up with almost every draw control when she was on the field. The Sophia to Bricin connection on the draw was like nothing I have ever seen before. Bricin was also a key factor on both ends of the field.

Jenna Cardeno (goalie)- Jenna was a leader on the defensive end and came up with some really big saves all weekend including one in the final minutes of the championship game.

Amanda Schlesener (defense)- Amanda played a big role in the strong defensive unit all weekend. She came up with a lot of caused turnovers and ground balls. Her speed in the clear was unmatched.

Keighley Bosshardt (attack)- Keighley was a huge leader on the attacking end and helped Mad Dog control the pace of the game all weekend. She came up with multiple key goals each game and kept the team’s energy up all weekend.

The 2020 National Championship Tournament will be held May 23rd & 24th (Memorial Day Weekend). Although games are only on the 23rd & 24th, arrive to Baltimore early and watch the NCAA Final Four on Friday, May 22nd!