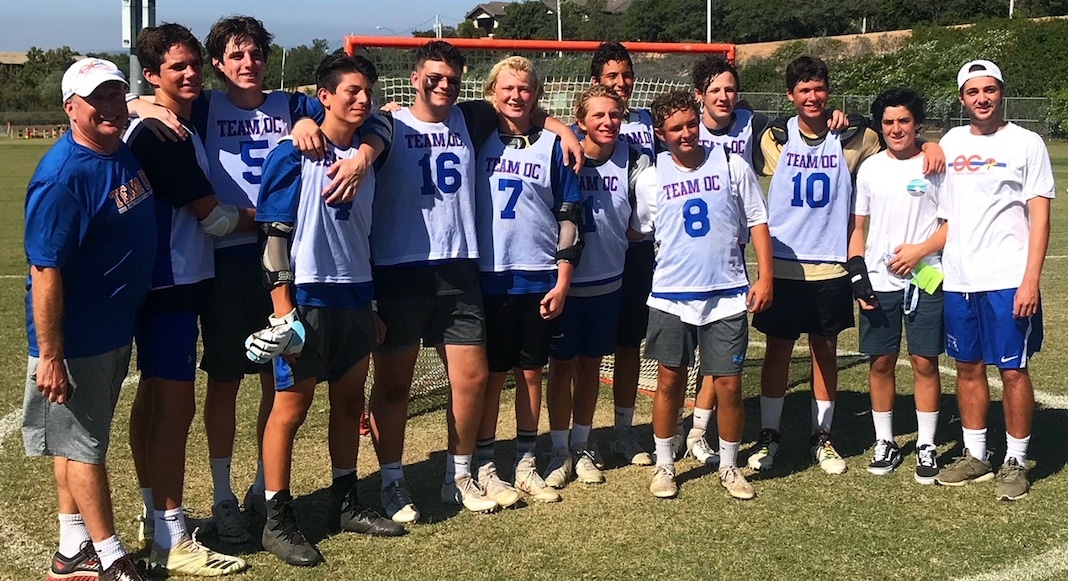 Team OC is fully leveraging their home advantage at the 2018 JCC Maccabi games by advancing to the Gold Medal game that will be played this afternoon at 2:50 pm.  The Merage Jewish Community Center in Irvine is hosting this year’s JCC Maccabi Games and ArtsFest.

The JCC Maccabi Games, an Olympic-style sporting competition held annually, is the largest annual Jewish youth event in the world.

Team OC clinched their spot with with a 5-1 record.

Team OC  took a little bit of time adjusting to the 7 v 7 format on Day 1 of the tournament, sandwiching a pair of wins around an 8-7 overtime loss to LA, Minnesota, Central Florida, Oregon, Dallas.  It did not take long for them to find redemption though as they avenged their only loss the following day with a 12-3 win.

OC then punched their ticket to the Gold Medal game with a 15-1 victory over STL/Aus/Omh/KC/Lou in the Final Four.