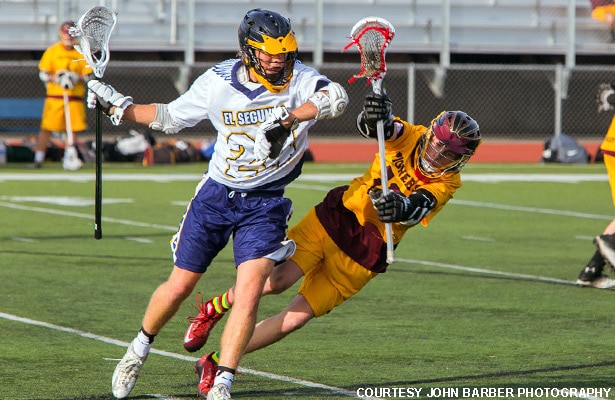 The high-scoring Eagles, who scored more than 15 goals in a game eight times last season, led 10-2 at halftime.

Junior Alex Nolan, in only his second season as a goalie, made nine saves.