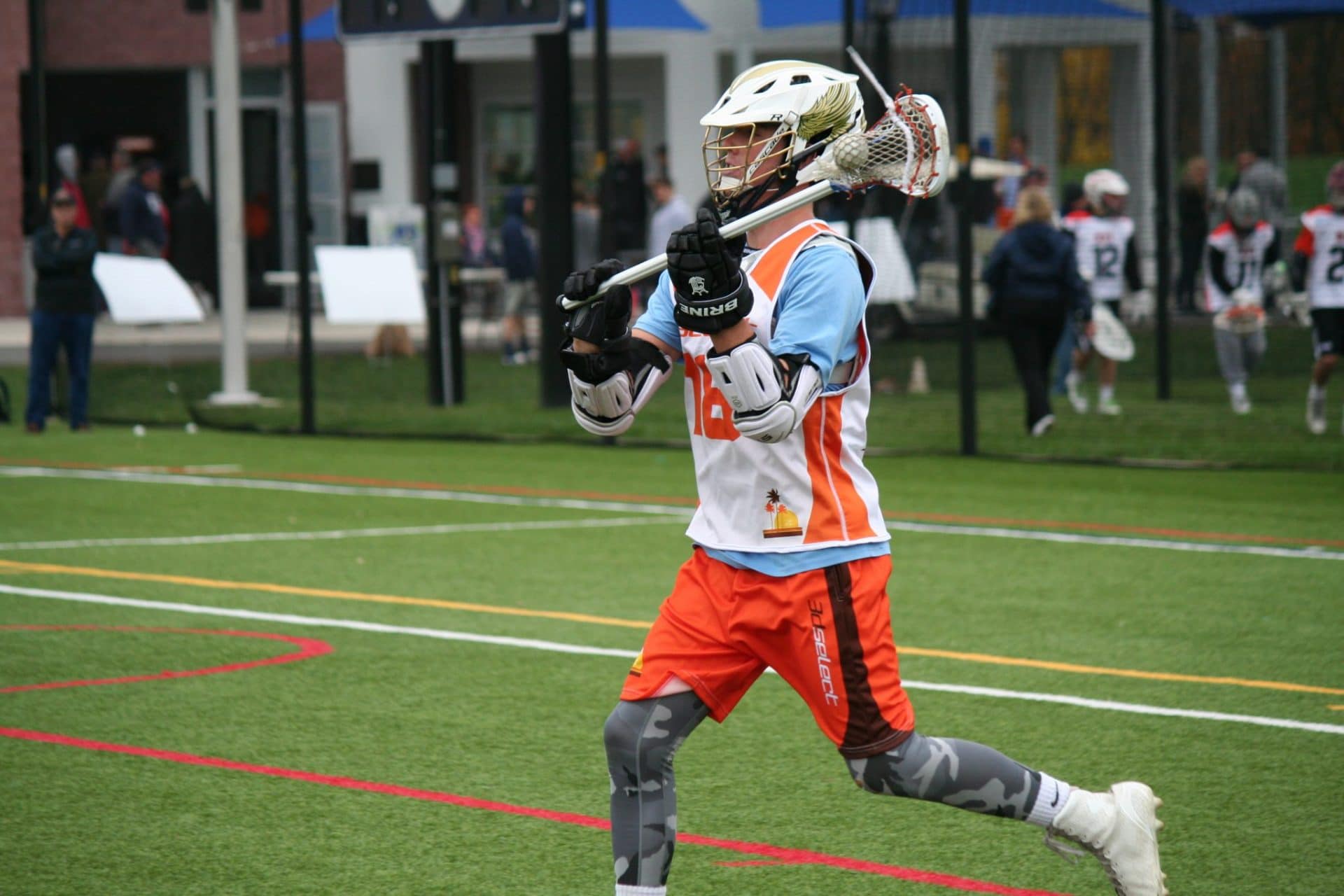 Luke Welch, a sophomore attackman at Del Norte High School and with 3d San Diego, became the fledgling lacrosse program’s first Division I recruit this past summer when he gave his verbal commitment to the University of Marquette.

A skilled left-handed shooter who started for the Nighthawks as a freshman, Welch notched an impressive 69 points on 49 goals and 20 assists in helping Del Norte to a 12-9 record in the spring of 2016 – a significant improvement from the 5-13 finish a year prior.

Welch had already sparked attention for himself before his rookie campaign as a varsity player. Last fall, Welch was one of a select group of players from the West to travel east with the 3d Pacific team assembled by Zack Burke, the director of 3d San Diego and the head coach at Poway High School, the reigning two-time CIF San Diego Section Open Division champions.

Welch drew attention from the likes of 3d Rising and other outlets covering the recruiting scene. Following the 2016 season, he was named a First-Team All-Conference attackman, the only freshman to make the list.

Welch, who will enter 2017 as one of the top sophomores in all of SoCal as he looks to help Del Norte improve upon last year’s promising results, shared some insight into his decision to commit to Marquette – a college program on the rise – and his plans for the remainder of his high school career.

What were some of the reasons that ultimately led you to decide on Marquette?

I attended a prospect camp at Marquette University this summer and had a great time. I enjoyed the campus and the fact that it was in downtown Milwaukee. Marquette has a strong academic reputation and I also anticipate a great community atmosphere built on the Jesuit foundation. Some of the current lax players were coaches at the prospect camp and I thought they were all very cool. I also hit it off with a few other high school prospects that were considering or committed to Marquette. Marquette’s current facilities are cool and they have plans for an indoor facility in the next three to four years and that would be awesome to play in. Most importantly, and the primary reason I chose Marquette, are the coaches. I immediately felt a connection and a level of respect for Coach Joe Amplo and Coach (Stephen) Brundage. I know they’re going to make me a better player, a better teammate and a better person. I left the campus thinking I just had to be a part of what they’re building at Marquette. Marquette’s schedule is also loaded with top tier-teams, which is exciting to think about. Notre Dame, Denver, Michigan, Ohio State, Georgetown, North Carolina and many others.

Describe the recruiting process? Who helped you through and it how much of it was done on your own?

On my path from fifth-grade rec lacrosse to my commitment to Marquette I was supported by many influential people along the way. Coach (Zack) Burke first called my dad when I was in sixth grade to ask me to join the 3d San Diego team. All the great 3d San Diego coaches helped improve my game so that I could compete on a national level. Each year I played for my rec team and also the 3d team. I was fortunate to be selected each year for 3d Pacific and 3d National teams and camps, which gave me an opportunity to compete on the East Coast against some of the best players in the country. I also attended the 3d Blue Chip Camp and Nike Blue Chip events, which was another opportunity to play on the East Coast in front of many college coaches. Lastly, my parents allowed me to attend one or two college prospect camps each year, which included Marquette, Notre Dame, North Carolina and Denver. I also grew a lot as a player this past year while at Del Norte High School playing for Coach (Liam) Mbuthia, Coach (Matt) Burke, Coach (Mike) Haas and Coach Cory. The upperclassmen really pushed me in practice every day and it was epic playing in the Division II San Diego championship game, even though we came up short.

How have you developed as a player in the 3d Lacrosse system?

The combination of field and box lacrosse training with 3d San Diego has given me many opportunities to improve as a player. All the practice drills we run at 3d prepare me for games and match-ups against some of the best players on the east coast. I have learned how important off ball movement is for the offense. Setting screens and using screens is also important to find ways to get open. Just playing and practicing with the strong players in the program has helped me improve as a player and increase my overall IQ for the game. Whenever I take the field outside of San Diego, I know stepping on the field that I have been prepared for this game, this moment. That feeling of confidence is important to have when lining up against great players.

How would you describe yourself as a player and how do you see yourself fitting into the program at Marquette in a few years?

As a player I see myself as someone putting constant pressure on the defense, whether it’s shooting or dodging or passing. I try and use my size as an advantage so I play very physical on offense and also during the ride on defense. My primary position is left-attack but I also play a lot of midfield, which helps open the game up for me and gives me space to downhill dodge. I don’t know yet how I will fit in at Marquette. I feel like they saw me as an athletic player with solid stick skills and a strong work ethic, which will help me compete every day in practice. Coach Amplo and Coach Brundage both said that school studies will take a lot of my time away from the field and that I should expect to work harder than I ever have before when on the field and in the weight room.

Now that you’re committed to Marquette, what kind of goals have you set for yourself?

Pretty simple: I want to continue to work hard, get stronger, improve every day and challenge myself playing against great teams and great players. I look forward to playing with 3d San Diego every summer and my high school team during the spring. Winning a San Diego section title would be great for our team and our program. I would love to be a part of the team that makes that happen for my high school – it would be the first banner for our program.