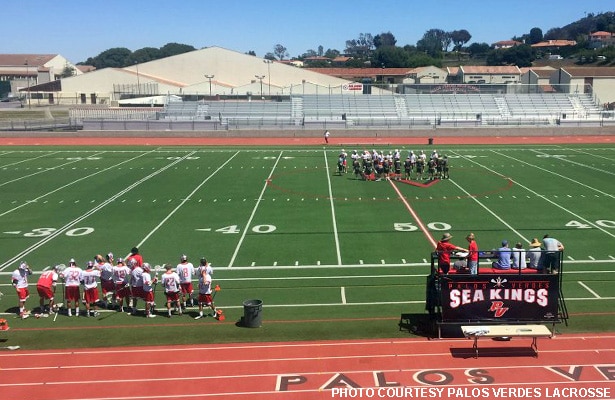 Senior LSM/D Jarrett Jones scored off the opening face-off Saturday, sparking a six-goal run for No. 1 Palos Verdes in what became a 13-7 Bay League victory over visiting No. 7 Peninsula. But not before Panthers’ junior LSM/D Scott Phillips engaged Jones in an impressive battle of one-upmanship.

Phillips, who is committed to NCAA D-I Bryant, scored once in the second quarter, helping Peninsula climb out of a 6-0 hole to make the score 7-3 at halftime. He then scored two more in the fourth quarter, pulling the Panthers within 12-7.

Phillips was credited with 13 ground balls and won seven face-offs.

Jones, committed to Georgetown, responded to Phillips’ late offense with his second goal of the game, scoring in transition for the final margin. Jones also had an assist in transition earlier. Defensively, he was credited with five caused-turnovers and 12 ground balls.

Senior Rizal Smith scored four to lead the Sea Kings (12-2, 2-0), and Beau Sabosky scored two. Peter Henkhaus and Austin Lowi each had a goal and an assist, and Mikey Booth, Aidan Westley and Jack Quinn each scored one.