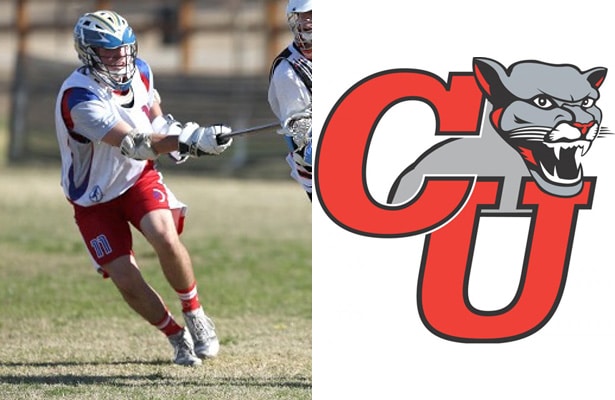 Two years ago, Theo White was a junior at Vistamar School in El Segundo hoping for an opportunity to play lacrosse in college. Now, he’s a high school graduate enjoying something of a “gap year” and — a year behind schedule — preparing to enroll and play at NCAA Division III Clark University in Massachusetts next fall.

A good story, right? Just like he drew it up, right? Not exactly. The last two years have taken White on a rather unorthodox path to college lacrosse, but the defender and long-stick middie is more than satisfied with the outcome.

“I am completely happy with everything and how it all turned out,” White said via email. “I think Clark is where I can get great grades, which will ultimately set me up to attend a great graduate school, which is my ultimate plan.”

Two years ago, White was scrambling to get noticed as a lacrosse player. Since Vistamar doesn’t offer the sport, his only exposure through his junior year had been club ball with the LA Lazers, West Coast Starz and Brady’s Bunch. He visited Dartmouth during the school year and received some interest, and he later played in a showcase event on Long Island, N.Y., in order to again be seen by Dartmouth’s staff.

And that’s when the story took a turn.

At the Long Island event, White met Nic Bell, coach at Trinity-Pawling, an all-boys boarding school in Pawling, N.Y., about 70 miles north of New York City. Bell proposed that White attend and play at TP for two years to get some experience playing top-level lacrosse in the Founder’s League. According to its website, the league is “comprised of highly selective college preparatory schools, and nationally recognized as one of the most competitive and respected leagues in the country.”

Ted White, Theo’s father, explained: “Nic suggested this would help schools like Dartmouth stay interested in him, and the academic experience at a college prep school would also play to his advantage.”

The catch was that Theo would have to re-classify as a Class of 2016 graduate and leave the cozy confines of Manhattan Beach. Although White was heading into his senior year, Trinity-Pawling asked him to enroll as a junior, not a senior, in order to get a full two years of prep-school academics. “Even though his grades were excellent, this was their policy,” Ted White said.

“It was difficult at first,” Theo said, “but I just sucked it up and learned to study and like it. Honestly, I wouldn’t recommend it to everyone. It is a very different life back there compared to out here. I personally liked it a lot, but some people can’t handle that type of rigor and that type of life.”

Outside the classroom, the move allowed White to play an actual lacrosse season for the first time, not just club tournaments and showcase events, and to do it at an extremely competitive level. And that led to even more interest from recruiters.

In the meantime, though, the Dartmouth coaching staff that had been interested in him was let go, and his recruitment there ended.

“To be honest, I am disappointed with what happened to the staff and how I had to start from zero again,” White said. “I wish it had played out with Dartmouth.”

But he also acknowledged that the rigorous academics, combined with the demands of a Division I sport, might have been a little much. He says his ultimate goal is go to graduate school in the Ivy community, and if he was unable to post excellent grades because of his other commitments, that goal might have been compromised.

Having achieved his goal of getting on the recruiting radar of a handful of top academic schools last spring, White decided to forgo his second year at Trinity-Pawling and return to California, where he needed only three classes in the fall to graduate from Mira Costa HS. That makes this semester a defacto “gap year.”

Meanwhile, he considered schools like Swarthmore, Bentley and Babson before ultimately deciding on Clark, which offered an excellent financial aid package, an accelerated Master’s program and a chance to play lacrosse for an excellent coach in a competitive league.

All of that is a long way from Vistamar — where, incidentally, White was classmates and close friends with John Parks, a Class of 2015 defender who also managed to land at a D-III program despite not playing high school lacrosse. And White knows the giant leap he took two years ago enabled him to take these next steps.

That kind of move is not for everyone, but in the right circumstance, White would endorse it fully.

“If there is a kid that is truly a great player that just doesn’t have the right people backing him, then I would recommend it in a heartbeat,” White said. “Outside of the hardcore competitiveness in sports, the connections you make are ridiculous.”