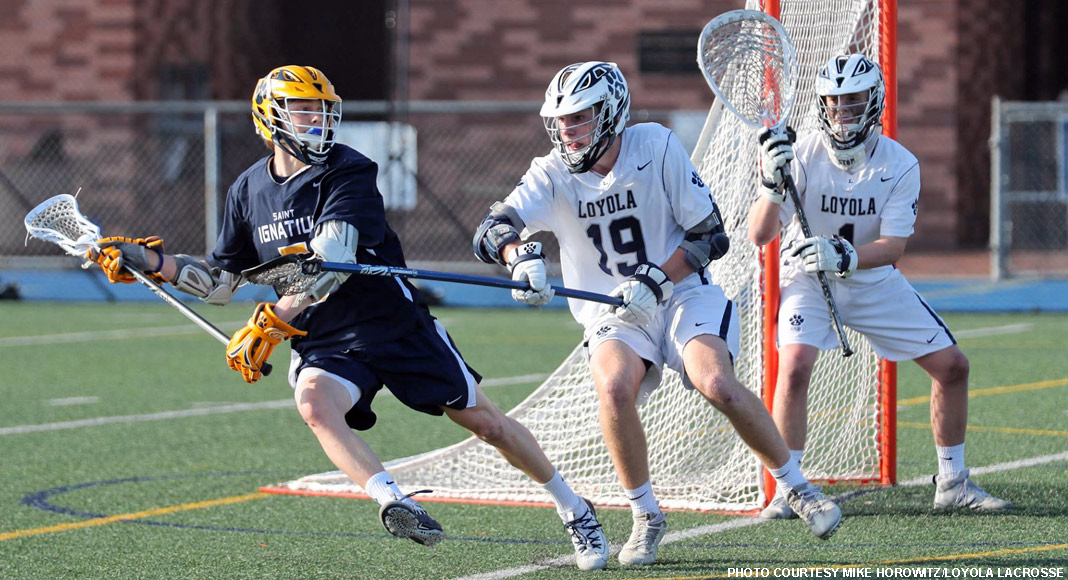 “I chose Tufts University because it’s an academically rigorous school and they are consistently among the top D3 lacrosse schools,” said McAusland by email. “Also the coaching staff was very communicative with me throughout the entire recruiting process and coach D’Annolfo was very transparent with me.”

McAusland said he plans to major in quantitive economics and minor in finance at Tufts where he will also play for one of the top D3 programs in the nation.  The Jumbos have have won three national championships this decade and reached the finals five times. He credited his family and coaches for helping him reach this goal.

“I would like to thank my parents for supporting my lacrosse career over the years and especially my dad for taking such a huge interest in my growth,” he said. “I’d also like to thank Brett Tietjen for being a positive mentor. I’d also like to thank Jono Zissi for helping me through the recruitment process and for pushing me to be the player that I am today.”

A starter since his sophomore season, McAusland helped the Cubs win back-to-back LA-OC championships in 2017 and 2018 and reach the championship game last season.  He is a two-time First-Team All-Mission League selection and earned Los Angeles All-Area honors each of the last two seasons. He has also played for the Under Armour West team and West Coast Starz.

McAusland said he looks forward to building on that success in his final season with the Cubs.

“My personal goal this season is to play the best to my ability every game and be a leader for my team both on and off the field,” said McAusland. “As a team I’m hoping we can win another championship this year and win some big out of league games.”