Loyola States Its Case with 13-7 Win Over Foothill 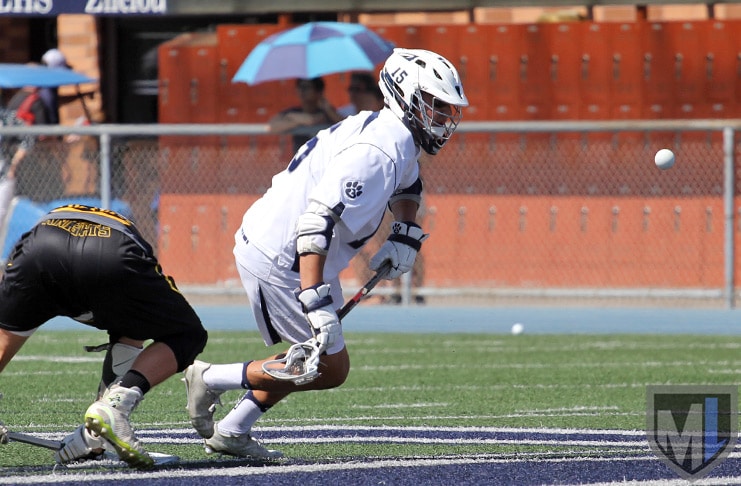 With a decisive 13-7 victory over Foothill on Saturday, No. 1-ranked Loyola took another step forward in its quest to be considered a Western regional lacrosse power, the kind of program mentioned in the same conversation as these Foothill Knights, or Torrey Pines and St. Ignatius (San Francisco).

For years, Foothill has been the gold standard for high school lacrosse in the Southern Section. The Knights won five consecutive section titles from 2007-2011, then another one in 2014. They were eliminated in the semifinals in each of the last two seasons but entered 2017 ranked No. 2 in the Orange County preseason coaches poll.

Loyola, on the other hand, won its first Los Angeles championship since 2009 last spring, then became the first LA team ever to beat the Orange County champion and claim the US Lacrosse Southern section crown. The Cubs entered 2017 a near-unanimous pick for No. 1 in the Los Angeles coaches poll.

One thing the Cubs never had done, though, was beat Foothill. The Knights were 4-0 against Loyola previously, including wins of 15-4 and 10-3 the last two seasons and another one in that 2009 section title game.

To be the best you have to beat the best, as the saying goes, but for most of the first quarter Saturday, this much-anticipated matchup looked a lot like the previous meetings.

While Loyola dominated possession time — Aidan Hesse (pictured) won three of four first-quarter face-offs and 16 of 23 in the game — the Cubs could get nothing past Foothill goalie Austin Mann, who made six first-quarter saves. The Knights, meanwhile, got goals from LSM George Dalis in transition and junior attack Ellis Geis and were playing with confidence and bravado.

Loyola senior middie Mason O’Hanlon finally got the Cubs on the board with 3:41 left in the quarter, and the teams changed ends with Foothill leading 2-1 and still playing the part of big brother, just toying with the upstart Cubs.

That all changed in the first two minutes of the second period. Rapid-fire goals from Jonathan Partamian, Joe Peterson and Wes Priestly in span of 2:04 gave Loyola a 4-2 lead, and the mood changed. When Foothill climbed back into a tie at 4-4, Loyola’s Hesse won the ensuing draw and took it straight down Venice Blvd. to put the Cubs back on top 5-4.

O’Hanlon, who led Loyola with four goals, took a feed from Henry Hasenberg to make it 6-4, and after Foothill again pulled within one at 6-5, Cubs junior middie Robert Henderson scored in transition on a feed from Priestly to give Loyola a 7-5 lead at halftime.

The Cubs (5-0) pecked away at the Knights (4-1) in the third quarter, building a 10-5 lead. They stretched it to 12-6 at the 4:40 mark of the fourth quarter on a man-up goal by Partamian that essentially was the exclamation point.

O’Hanlon did provide one final highlight-reel goal, though, streaking down the left alley, stopping on a dime and jump-cutting inside past a Foothill defender to bury the shot past a helpless Mann.

O’Hanlon (4g, 1a) led the Loyola scoring, and Priestly (1g, 3a), Partamian (2g) Ryder Mora (2g, 1a) all scored multiple points. Peterson, Henderson, Hesse and Nick Mohler scored the Cubs’ other goals. Goalie Joe Theuer anchored another stellar defensive performance with 12 saves, seven of them in the fourth quarter.

Geis (2g, 2a) and Ryan Foy (2g) led the Knights scoring, and Dalis, Troy Hofer and Cole Falbo each scored one, and Joshua Fox had two assists. Mann finished with 10 saves.