No. 2 Loyola Races Past Oaks Christian in Semifinals 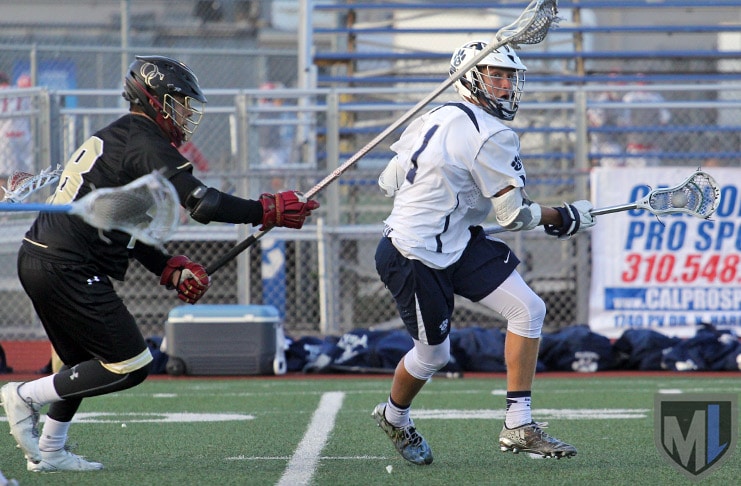 Defending section champion Loyola clinched a return trip to the US Lacrosse Southern Section North title game Saturday, racing out to an 8-1 halftime lead and cruising to a 13-6 win over No. 6 Oaks Christian.

No. 2-seeded Loyola (19-4) again will face No. 1 Palos Verdes (17-4) on Wednesday for the LA championship. Last year, the Cubs beat the Sea Kings in overtime, then went on to beat Orange County champion Corona del Mar for the section crown. Palos Verdes advanced with a 16-8 win over No. 4 Agoura on Saturday.

Earlier this season, Palos Verdes limited the Cubs to two goals in a stifling 6-2 nonleague victory.

Two goals from Mora staked the Cubs to an early 2-0 lead, and Oaks pulled within 2-1 with a minute left in the first quarter. But Loyola scored twice in that final minute, then added four more unanswered goals in the second quarter. By the time the Lions scored their second goal, they trailed 10-2.

Cort Rogers had three goals and an assist for Oaks Christian (16-5), and freshman Cade Rogers had a goal and two assists. Danny Redell and Connor MacLeod each scored once.

The loss ends the best season in the Lions’ lacrosse history. Last year, the Lions won 10 games, including the program’s first playoff victory. This year, they won two playoff games, including Thursday’s 4-3 upset of No. 3-seeded Harvard Westlake.