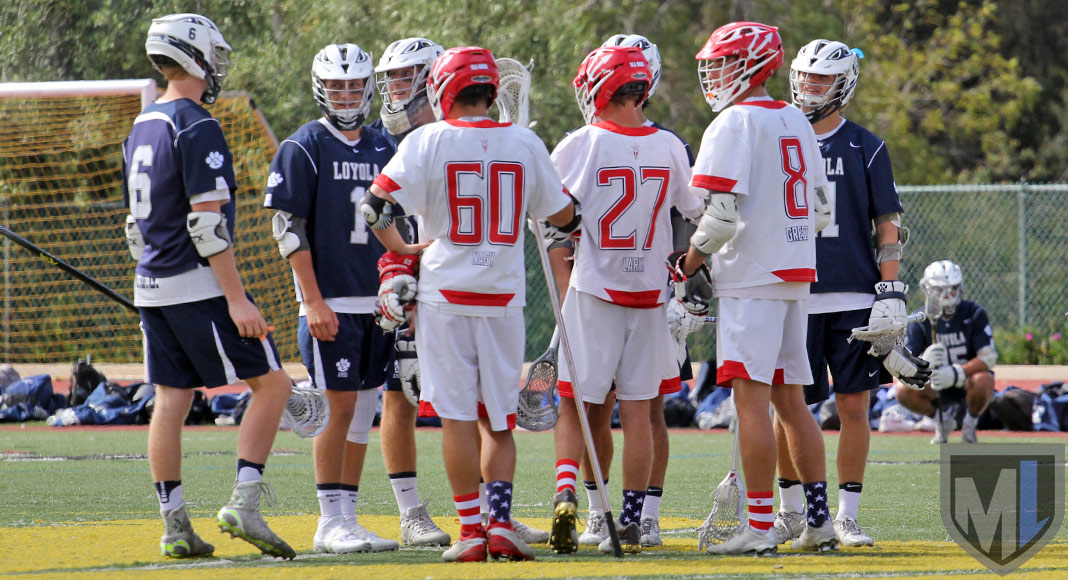 For the fourth season in a row, Loyola and Palos Verdes will meet in a regular-season, nonleague game with the Cubs ranked No. 1 in the US Lacrosse/MaxLaxLA coaches poll and the Sea Kings ranked No. 2.

In the last three meetings, Palos Verdes has won the regular-season matchup. In the last two seasons, however, Loyola ultimately has beaten the Sea Kings in the championship game of the US Lacrosse North tournament and gone on to win the Southern Section title.

Saturday at 7 p.m., in Loyola’s first home game of the season and its first home night game ever, the rivalry renews. Of course, Palos Verdes still must contend with a visit from No. 4 Oaks Christian (2-0) today before looking ahead to Loyola on Saturday.

Tuesday, the Cubs (3-2) dismantled No. 7 Thousand Oaks, racing out to an 11-1 halftime lead behind a 7-0 second quarter run in the span of 6:22 in which they consistently beat the Lancers’ 10-man ride for easy transition goals. The action was too much even for the @LoyolaLax Twitter feed, which opened the second quarter seemingly exasperated at the pace:

Ok, Twitter is hating me.
Cubs just scored a bunch of goals. It’s 10-1 and TO needs to give up on the 10 man ride.#gocubs #loyolalax

Alex Horowitz and Speed Fry each scored at least two, as best we can tell from the play-by-play, and at least nine Cubs found the net.

The Sea Kings (2-0) had an equally easy time of it Tuesday, taking an 8-0 halftime lead at Redondo Union and winning the Bay League game 12-4. Palos Verdes won 16 of 20 face-offs in the game behind Colin Fitt (7 of 8), Cole Clinton (7 of 9) and Parker Violette (2 of 3). That provided opportunities for eight different Palos Verdes players to score, led by Beau Sabosky and Jake Nolls with two each.