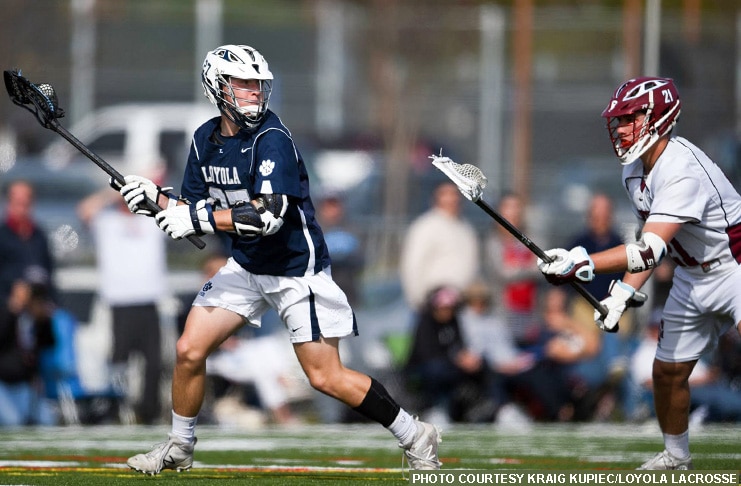 Top-ranked Loyola held off St. Margaret’s Episcopal in the second half to earn a 7-5 victory in each team’s season opener Saturday in the OC Invitational at Foothill HS.

The Cubs, last year’s US Lacrosse Southern Section champion and the preseason No. 1 in the LA coaches poll, took a 3-0 lead just eight minutes into the game on goals from Henry Hasenberg (pictured), Jonathan Partamian and Joe Peterson. But St. Margaret’s, last year’s Orange County runner-up, battled back and eventually tied it 4-4 early in the third quarter.

Loyola stretched the lead to 6-4 on goals from Wes Priestly and Hasenberg (assisted by Priestly), but St. Margaret’s made it 6-5 heading into the fourth.

A Ryder Mora goal midway through the final period provided the final margin for Loyola, which held the Tartans scoreless over the final 13:49 of clock time.

Hasenberg led the Cubs with two goals, and Priestly and Mason O’Hanlon each had a goal and an assist. Mora, Partamian and Peterson each scored once.